It was early morning in Phoenix, and I was on the freeway with about 10,000 of my closest
friends. 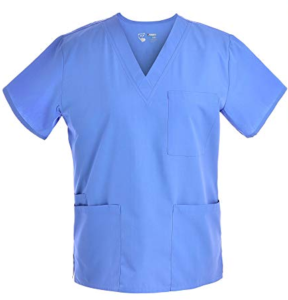 Actually I didn’t know the other people, but it seemed like we were all going the same place so
I assumed we were friends.

Suddenly traffic, which had been holding steady at about 70 mph (crazy, I know) started to
slow down. Was it a popular exit? Was it Highway Patrol? Like most people, I couldn’t tell what
was going to make me potentially late for my meeting, but I was still annoyed.

Rounding the curve I could see what it was: an accident. There was a motorcycle down, a van
not far away, other cars stopped. No police had arrived yet, but several people were milling
around.

Then I saw a man wearing scrubs attending to another man wearing leathers. Clearly he was
the rider who had gone down, but now he was standing up. From 30 yards away I saw his face,
and I saw the man in scrubs looking into that face, paying attention to his eyes.

“Good,” I thought, “at least an ambulance got here.” But there was no ambulance.

The man in scrubs was clearly a medical professional, whether he was a nurse or a doctor or
something else entirely. He wasn’t the van driver, who was sitting on a curb with others
attending to him.

The Scrubs Man, along with several others, had voluntarily stopped to help. This was going to
cut into their mornings considerably, but there they were, helping.

Prayer Needed/Offered for Helpers and the Helped

I was glad I saw all that before the police and EMTs arrived. Those are the ones we call,
appropriately, “first responders.”