Horses are quite amazing animals. If you can remember the first time you saw a horse, what did you think? I would guess that you might have been a child and thought, “Wow, that’s a big animal!” There is no doubt that horses are generally big physically, but if you think about it, they are big in so many other ways.

They’ve been around a while

Horses have been in the United States since back in the Christopher Columbus days. He actually brought them when he came for the second time, but didn’t leave any here. It wasn’t until 1519 that a Spanish explorer brought 16 distinct horses over establishing what came to be known as the Colonial Spanish Horse.

Fast forward a few hundred years and the horse developed and changed through years of breeding. European settlers brought a variety of horses to the Americas. The first horses were smaller because of restrictions imposed by ships. Later, larger horses came by the thousands and became extremely valuable to many groups of people.

I would venture to say that the number of uses for horses would surprise you. Just think back to the Wild West. Pretty much anything they did had a horse involved. Transportation, working fields, cattle herding, hauling goods, running mills – even delivering the mail. If it weren’t for horses back then, they would have had a hard time surviving.

Horses remained a vital part of everyday life for many years. Right up to World War I, the horse still provided the only consistent means of transportation. The automation era began with the war and the need for horses declined rapidly, at least for work purposes.

Just because the everyday need for horses changed around WWI didn’t mean they weren’t needed at all. Horses still served a strong purpose for years to come. Even as cars and trucks were replacing them in the workforce, horses still held a place in society.

The role of the horse shifted to more of a recreational use as the 20th century marched on. Don’t get me wrong though, horses are still used widely for work purposes even today. Just not nearly as much since the majority of our population lives in urban areas. Not much use for them there.

There are still plenty of horses in the US, 9.2 million, with 4.6 million citizens involved in the horse industry. Additionally, there are around 82,000 feral horses roaming freely in certain parts of the country. So, just because the industrial revolution came along didn’t mean horses went away. I would say they still have a strong presence in our society. 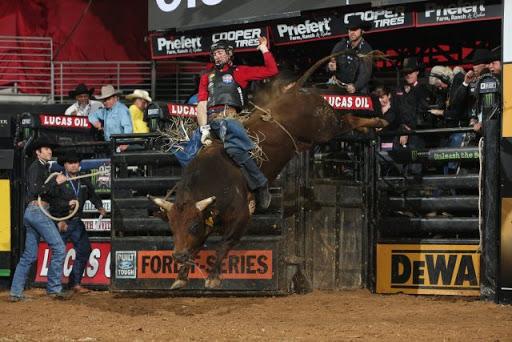 Ranchers to rodeos, steeplechase to harness racing, pleasure riding to polo, horses are used for a wide variety of things. Some of these have been in existence for generations, some are relatively new. Good thing they do exist, 9.2 million horses is more than just a few and I know for a fact having a horse is a big responsibility.

In fact, it takes a lot of time, money and effort just to care of one horse. Much like humans, horses require food, shelter, health care and exercise to thrive. One big difference is they can’t do most of that for themselves. People must provide those things day in and day out. Many members of my family have been horse lovers for a long time. So I have seen firsthand what it takes to responsibly care for horses.

Rescues to the rescue

There are those who take on the task of horse ownership, only to realize it’s more than they can handle. Financial reasons could be a major factor, but sometimes it’s just a simple lack of responsibility. Unfortunately, this can lead to disaster for thousands of horses each year. Sometimes people can get in over their head and the horses are the ones that suffer.

This is where the horse rescue missions come in. The people who run these missions have a deep love for horses and sacrifice their time and resources to help these animals survive. Unfortunately, the conditions these horses live in are beyond believable. Thank goodness for the people that do good and take these horses under their care.

Coming soon we will have some specific stories of people and groups that have stepped up to the challenge and take in these horses. Check back on our blog page to see how good folks can be. If you know of a story, share with us in our comments section. There’s no such thing as hearing of too much good!

Samaritan Rita Gallardo Is Giving Back to Community, Helping Others