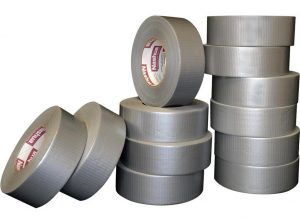 Sometimes you can Do It Yourself

I’m kind of a DIY guy, but that’s much more about curiosity and saving money than about skills and ability. Still, I can change the cabin air filter in my car, fix problems with a swimming pool, trim trees, and repair a toilet when it goes bad.

On the other hand, my brother-in-law Jim can fix anything. Or at least I think he can, because I’ve seen him in action. When he tells me he has a big project, I do three things. First, I buy stock in duct tape, because a lot of it is about to be sold. Second, I notify the local ER to be ready for a visit. Just in case. Third, I sit back in admiration and wait for the finished product. Like the lawnmower pictured here that he decided didn’t come with quite enough power.

At one time he collected old Coca Cola machines and made them work again. He had to get parts from the Coca Cola warehouse in Phoenix, and they got to know him. Eventually he was so good at fixing the old machines, often making his own parts, that Coca Cola would give his number to people who wanted to know how to repair a machine. “He’s much better at it than we are,” they would say.

But if you took me and Jim and threw in famous “Fixer Uppers” Chip and Joanna Gaines, our skills couldn’t come close to fixing the things going on in America.

If you ask me, though, I know exactly how a few hundred cases of duct tape might be put to good use.

All of the things we normally fix, from cars to houses, are things we fix physically. So fixing things on the outside is kind of our go-to when things aren’t quite right.

I get that. I was a tennis professional (teacher) for quite a while, and I’ve given more than a few golf lessons as well. Almost every time someone would come to me with an issue, we looked for an “outside” fix.

Here’s the odd thing. A few years ago I wrote a book on golf, and there isn’t a single thing in it about how to hit a golf ball. It doesn’t show you how to hold a club or how to swing it. Most of it is about the mental side of golf, how you think, and how you play the game.

Yet when my own game gets off kilter, I jump right to the default question: what’s wrong with my swing?

There may be something wrong with my swing, but it may go deeper. If the swing flaw is caused by poor thinking (which could include not thinking), that’s what I need to fix first. The swing will follow.

How about this one? 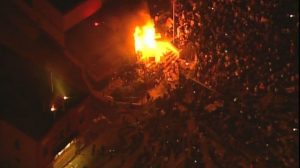 OK, now that we get that let’s take a look at something happening now that is far more serious: riots, arson and looting.

Riots, arson and looting are a problem in and of themselves. They are wrong on many levels, should not be glorified, and should be stopped. If they aren’t stopped by the people doing them, those people should be stopped from doing them.

I understand that argument, because I used it a lot when I was a child. My brother would do something that antagonized me, I would respond “appropriately,” and I would get in trouble.

I also used the following: He hurt me. He started it. I’m the victim here. It’s my right. I’m innocent.

Sound familiar? You might have used that faulty reasoning yourself when you were a child. Some of us might have used it more recently. I’ve heard it from people defending looters, arsonists, and rioters in the past week.

Dad didn’t buy it, and neither should we

Suffice it to say that those arguments were not met with sympathy when I used them with my father. Instead I was taught that there was an appropriate way to respond to the taunts of my big brother. He was smarter, bigger, and stronger than I was, so fighting wasn’t going to be a good answer anyway.

In point of fact, many people who have been on the streets of major cities in the past week have been there with an appropriate response. They have been protesting behavior that they truly believe is both wrong and systemic. Those protestors have my full support. That doesn’t mean I agree fully with their beliefs, but I fully agree with their right to protest.

Protests by definition point out something that is perceived/believed to be in need of correction. In this case the protests were sparked by the death of a black man named George Floyd while he was in police custody. One officer has been charged with second degree murder and other officers who were present have also been charged.

But the protesters say–and they have a case–that this incident is not isolated. I’m not going to go into all of that here, but for many people this is the problem, and for many others it is part of the problem.

Have you ever had a nosebleed?

Think about this for just a few seconds: Is it easier to identify a problem or to solve it?

Both can be a challenge, because the real problem may not be the apparent problem. Without understanding the real problem, the real solution is nearly impossible to find. Like my friend who had a nosebleed.

As he was getting ready for bed one night his nose started bleeding. He couldn’t get it to stop, but he kept trying. He was so sure he could fix the problem that he didn’t tell his wife what was going on before she went to bed. She woke up about 1 a.m. and found him passed out on the bathroom floor. Had it been 2 a.m., doctors said later, he would not have been alive.

Reading that you might be wondering what happened to him. I asked him, and he told me it took the doctors two days to figure out the cause was leukemia. That is a much deeper issue than a nosebleed. “Fixing” leukemia is complicated and complex, if it can be fixed at all.

Much of the rhetoric about the problems being protested has been like my friend trying to stop his nose from bleeding. The solutions they offer are temporary, inadequate, and in some cases even dangerous. Yet they get traction and people take them seriously because we want to fix things.

De-fund the police? That is an external solution that sounds to me like, “If I cut my nose off completely it will stop bleeding.” So I don’t think it’s a good solution, but it is a possible solution.

A similar solution that I like at least as well as no police is no criminals. I know that sounds crazy to some people, but there have been times and places in history–even modern history–where for a season there were no crimes at all.

But my problem with almost all of the solutions being offered is that they are only external. More tissues, more pinching my nose, more tilting my head. Even if the bleeding slows, the problem remains.

Technically it isn’t my solution, but I’m applying it to both the symptoms and to the underlying problems. You can too.

Let’s not get tired of doing good, because in time we’ll have a harvest if we don’t give up.

That quote is from a letter that the apostle Paul wrote almost 2000 years ago, and it is as true today as it was when he wrote it. It is as true in America as it was in the ancient Roman province of Galatia.

We harvest what we plant, so let’s plant more and more good, and we’ll soon begin to harvest even more good. If we keep planting for our own (selfish) benefit, we will continue to harvest devastation. That’s what we’re getting now, and it isn’t because we are harvesting someone else’s field.

Every one of us is a planter. Plant good.