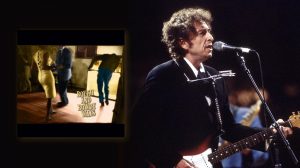 For the past few days, I’ve told my friends about Bob Dylan’s new album, Rough and Rowdy Ways, which was released June 19, 2020. Now I’m telling you.

The album is, like the man himself, extraordinary. Dylan is now 79 and has created a work of words and music that is timely, provocative, and completely unique.

One of the two songs released two months ago as singles is about the assassination of John F. Kennedy, which happened November 22, 1963. The song is almost 17 minutes long, and it quickly went to number 1 on the Billboard charts. The name of it is Murder Most Foul, and it is a compelling work. Here is the official version on YouTube.

Several days ago, because the album was about to be released, the New York Times published an interview with the iconic Dylan. Douglas Brinkley asked the questions and wrote the article, and I think did a fine job of it.

Several things stood out to me, including the fact that Dylan won the Nobel Prize for Literature in 2016. I’m embarrassed to say I didn’t know that, but I’m glad to know it now.

Dylan’s knowledge of both the world of music and the world at large impressed me, and so did his insights into the world in which we live. 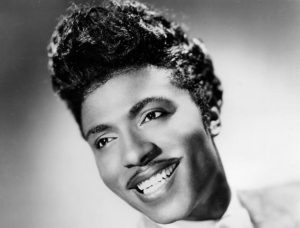 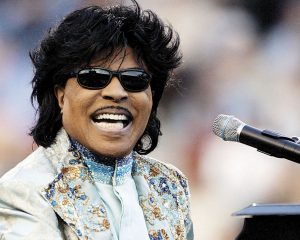 One of the great influences on Dylan was Richard Wayne Penniman, known to all of us as Little Richard. He was nine years older than Dylan, and had been active in the music industry for almost fourteen years when Dylan came on the scene. Little Richard died on May 9, and I wish he had lived to hear Rough and Rowdy Ways. I am sure I’m not alone in that.

Ask me about Little Richard, and the first song that comes to my mind is Good Golly Miss Molly. A dynamo on stage, Richard was a quintessential performer. How he ever gained an ounce of weight with all the energy he gave mystifies me.

In the interview, there was one unexpected question about Little Richard that grabbed my attention. Brinkley asked, Why didn’t more people pay attention to Little Richard’s gospel music?

What? Little Richard did gospel music? How did I not know that? I know it now, and I have discovered some terrific examples. I particularly like this one, and now I want to know why people didn’t pay more attention to it. What do you think, Bob?

Probably because gospel music is the music of good news and in these days there just isn’t any. Good news in today’s world is like a fugitive, treated like a hoodlum and put on the run. Castigated. All we see is good-for-nothing news. And we have to thank the media industry for that. It stirs people up. Gossip and dirty laundry. Dark news that depresses and horrifies you.

On the other hand, gospel news is exemplary. It can give you courage. You can pace your life accordingly, or try to, anyway. And you can do it with honor and principles. There are theories of truth in gospel but to most people it’s unimportant. Their lives are lived out too fast. Too many bad influences. Sex and politics and murder is the way to go if you want to get people’s attention. It excites us, that’s our problem.

Little Richard was a great gospel singer. But I think he was looked at as an outsider or an interloper in the gospel world. They didn’t accept him there. And of course the rock ’n’ roll world wanted to keep him singing “Good Golly, Miss Molly.” So his gospel music wasn’t accepted in either world. I think the same thing happened to Sister Rosetta Tharpe. I can’t imagine either of them being bothered too much about it. Both are what we used to call people of high character. Genuine, plenty talented and who knew themselves, weren’t swayed by anything from the outside. Little Richard, I know was like that.

Dylan has always had a knack for saying simple things in memorable ways. I love the way he contrasted good news with bad news, which he calls “good-for-nothing news.”

Maybe Dylan read my post about turning off the news, but probably not. I like the way he phrased it, though, and I’ve been using his term lately.

My takeaway is more than all that, though. I’d like to bask in the tiny glow of agreement, but something more important is available in what Dylan said.

At the end of the quote given above, Dylan calls Richard and Rosetta people who knew themselves and says they were not swayed by anything from the outside.

How many of us can say that about ourselves?

Many of the outside forces we encounter today simply pull us in their direction. Stand firm, though, and don’t allow the magnetic pull of the world–especially the world of bad news–to move you.

Inside you, whether or not it is dominant all the time, is the power to do good. Let that be your anchor, and you will not be easily swayed.

Bob Dylan has done that. Little Richard did it. Sister Rosetta Tharpe did it. You can too. It’s why we say, “Do good. It’s in you.”