When you see 13-year-old Jack Rico, he is like a normal average child, busy playing games and having fun. But that is only until someone tells you that he has four associate degrees!

It is natural to feel surprised and more surprised when you know it all began at the age of 11. And in just two years, he graduated from Fullerton College of California. 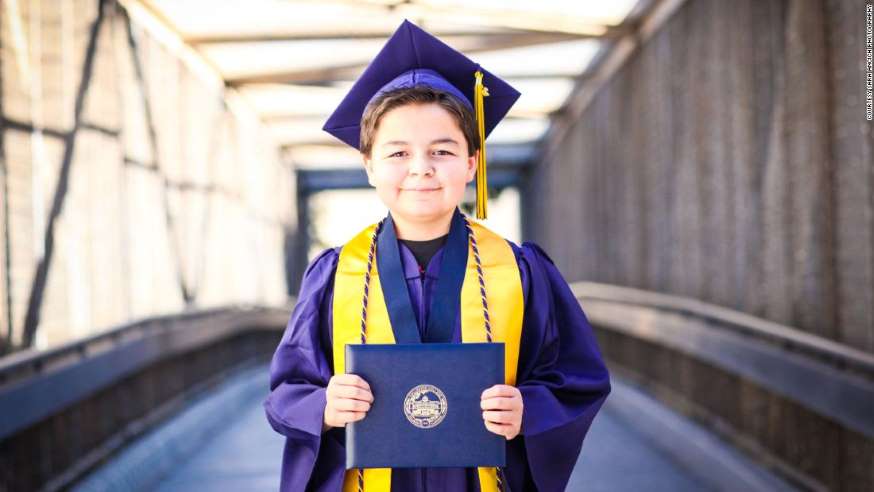 Gifted or not, but his degrees make him definitely an exceptional kid. He loves playing video games, and have arguments with his older sister. According to a CNN report, this makes him the youngest to do so in the 107-year-old history of the college.

For most Americans, it is challenging to major in even one study. An early teen earns major in not one, not two, but four associate degrees. In social science, history, social behavior, and human expression, that too maintaining a 4.0 GPA. One can naturally rate him as God’s special-child with some natural gift.

“I just love learning new stuff,” CNN quoted Rico as saying. He said further that he loves knowing more about the world and all the different things one could study.

Fullerton College President Greg Schulz told CNN and highlighted Rico’s special learning temperament. He said he sticks out from the crowd of over 21,000 students on campus.

“It is not typical to have such a young student take classes, so Jack is pretty well known on the Fullerton College campus,” he told CNN.

In Rico’s own words, there is no secret method. He followed age-old tricks of time management and listening to instructors with attention. Studies suggest that one can improve productivity significantly by managing time smartly and learning the art of attention.

When a four-year-old kid expresses a birthday wish to visit the White House, one gets a hint that there is something special about the child. Rico’s mother, Ru Andrea, echoes the same saying that she knew her son was special ever since he was a young(er) boy.

Interestingly, the boy not just fulfilled the pre-condition of memorizing the name of all the presidents to visit the White House, but vice-presidents as well.

Unfortunately, the ongoing health crisis made it impossible for Rico to enjoy the in-person graduation ceremony. Sad, but the young genius is fully geared up to continue studying history at the University of Nevada.

Just like a normal child, his response to a question on future career choices, he said that he is exploring his areas of interest and learning what to do in life.

Retired Car Salesman Willing to Use $250,000 Lottery Prize to Help Others