While the country has been dealing with protesting against racial injustice, some protests have turned violent leading to massive looting and rioting. However, one young teen managed to prevent that in his Detroit neighborhood. 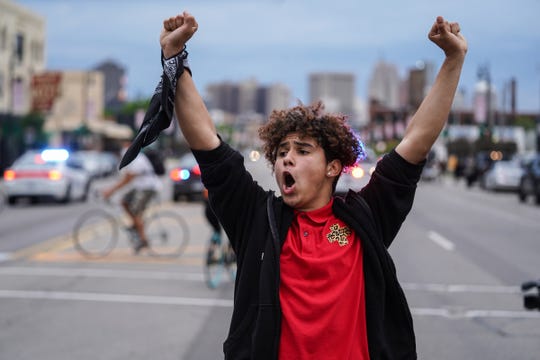 Stefan Perez led a peaceful protest in his community

16-year-old Stefan Perez started out marching with 15 people, while more and more continued to join in on the march. Perez made sure to keep everyone in line, so they could all get home safely.  When they finished marching, he pleaded with his fellow protesters to return home and comply with Detroit’s 8 p.m. curfew.

Perez told The Detroit Free Press that he worked hard to keep the people together and was surprised that people listened to him. As he was speaking to the reporter, the Mayor of Detroit called someone’s phone, which was quickly broadcasted on Facebook Live.

Mayor Mike Duggan told Perez: “Son, I was watching the video, and I saw your leadership. I have tears in my eyes, said the mayor. “You are everything special about the city of Detroit… We’re going to fight this injustice because of people like you.”

The night before Perez’s protest, things were precarious as police fired tear gas and rubber bullets at protesters refusing to disburse.

Perez said that if it wasn’t for his grandma, he wouldn’t be out protesting. Growing up, he put his grandma through a lot, but she remained by his side. If she were alive today, she would be proud of what Perez has done in his community. Peaceful protests are what will help bring change to this country, not massive rioting and looting.

Have you witnessed a similar situation in your community during the protests that have swept across the country? Share your experiences in the comment section below.