Jon’s grandfather served in the military for twenty-four years with another twenty-one at the post office. His service has meant a lot to this great nation. I’m pretty sure you could say Jon’s grandfather lived a full life.

Jon received his grandfather’s flag, medals, ribbons, dog tags and a plaque as per the will. Jon knew right away that he wanted to do something special with the items. Deciding to give the items to his mother, Jon made a shadow box for her to display the items in. I believe that Jon’s mother wanted him to keep the stuff, but he knew how much it meant to her that he served in the military.

It’s ready – time to ship it

Jon worked hard getting the shadow box ready to send to his mother. He wanted to present it in such a way it completely honored his grandfather’s service. When it was ready he looked for a box to put it in for shipping. To no avail, he decided to just buy a box at the local UPS store.

When Jon arrived at the UPS store, he and an older gentleman were walking into the store at the same time. The man told Jon to go ahead to which Jon replied, “no sir, please you go”. Jon felt he would take too long since he needed to get a box for the shadow box. The gentleman insisted that Jon go first. After all, he did have a memorial. 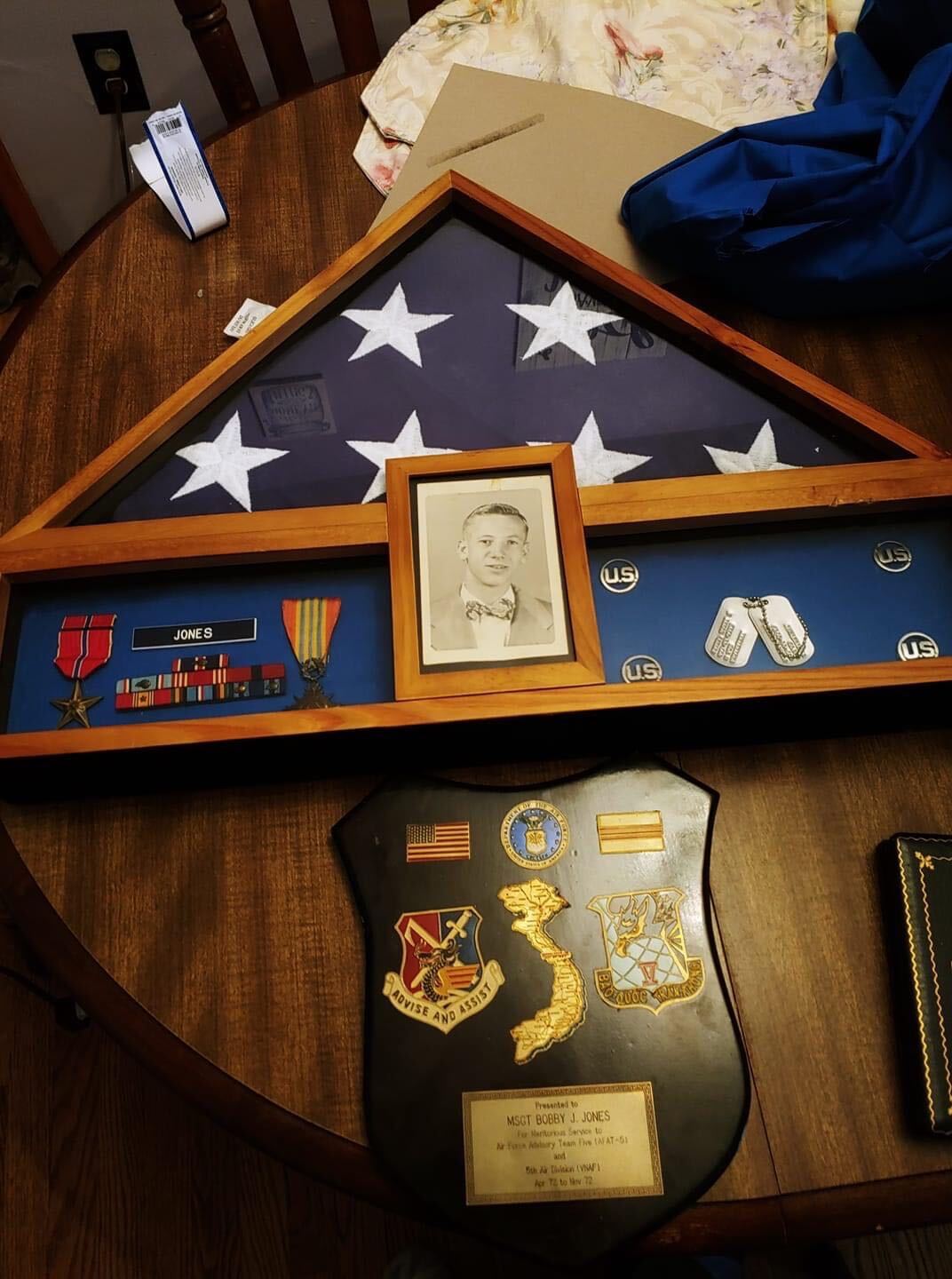 After placing the shadow box on the counter Jon insisted that the man take care of his business. So he did but also asked Jon who it was for and who the service person was. Jon explained that the items belonged to his late grandfather. He also explained his plan of sending it to his mother in Florida since it belonged to her father.

The man behind the counter rang up the box and told Jon it would be $200 to send it. Asking for a second to call his wife, Jon called her and got her blessing to spend the money. The older gentleman asked what she said, and once Jon told him her reply he handed the cashier his credit card to pay for it. Shocked, Jon told the man he didn’t have to do that and his reply, “oh yes I do, Semper Fi!”

The man then walked out with tears in his eyes without even giving his name. I almost have tears in my eyes writing this story. People are good, really good. This veteran proves it with his selfless act. Inspiration can come at any time to do good…all we have to do is open our eyes! Do good-it’s in you!

Teaching Kids Valuable Lessons Through “Dad, How Do I?” YouTube Channel