Struggling to get your subscription, membership fee and other boarding passes back due to legal issues involved amidst health crisis? Thankfully, we have a startup DoNotPay providing ‘robot lawyer’ service to get rid of the legal headache. Surprisingly, its only a $3 monthly subscription. The amazing combination of quality and vision helped the company attract additional funding of $12 million, recently. 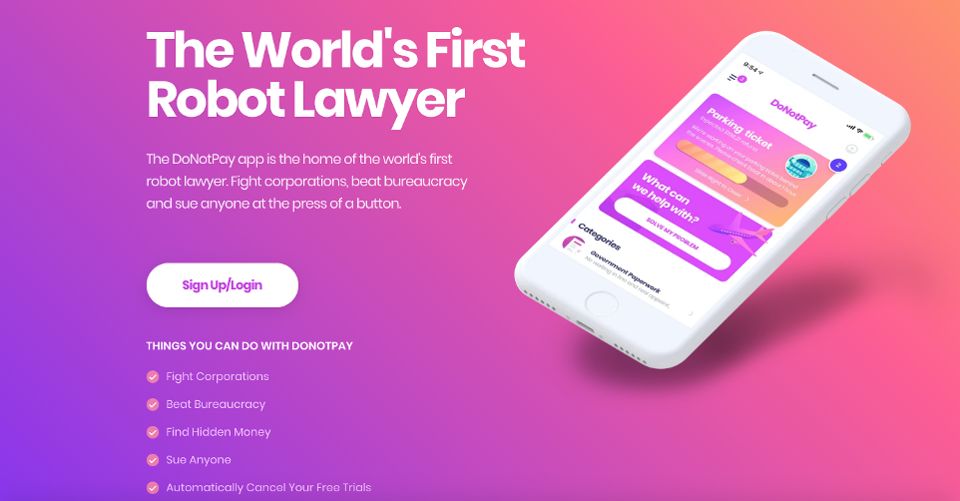 The bot-driven legal help service streamlines the process to make it simple for everyone to get their payback without much hassle.

CEO and founder Joshua Browder started the company at the age of 19 when studying at the Stanford University campus.

He highlighted the surge in user-base, which rose to 50,000 during the health crisis. Browder told the magazine, “I think everyone is struggling, especially some of these big companies are passing on their struggle to consumers. Airlines are not giving refunds to avoid bankruptcy.”

Visualizing the growth potential, investors led by Coatue Management invested $12 million in Series A round, valuing the company at about $80 million. Interestingly, the investment round was closed over Zoom. Investors like Andreessen Horowitz, Day One Ventures, Founders Fund, and Felicis Ventures participated.

Emphasizing on the struggle, Browder told the magazine that consumers need the money more than even the companies. Since legal awareness is abysmally low among normal consumers, the company is helping them by making the payback legal process simple through technological intervention.

Bots do the job of emailing and messaging to respective departments on behalf of customers automatically. Thereby cutting the legal processing time significantly.

Since the landlord and tenant relationship is under distress due to non-payment and late fine issues, DoNotPay is helping tenants solve issues legally under relevant state laws.

Currently, almost everyone is under stress to cope with health and economic hardship. This company is setting a great example of doing good by helping people get full payback without much pain.

Quilting For A Good Cause Brings Joy To The Quilters