Normal circumstances require a normal behavioral response, but extraordinary situations demand exceptionally great responses. It is the quality of the response in such a situation that defines who you are. An Old North Dayton, Miami Valley, resident Christine Creager, whose dream home was destroyed on Memorial Day by a tornado last year, is a happy soul full of hope. 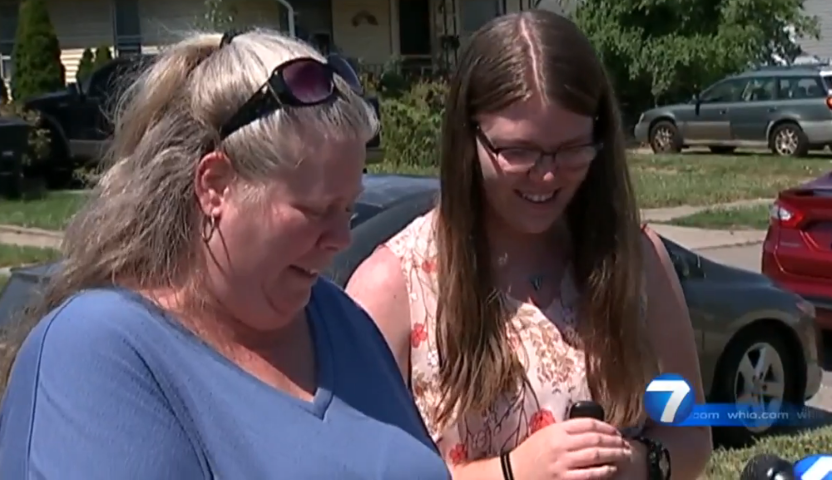 While evaluating the impact of an ongoing health crisis on the tornado relief effort, Chief Meteorologist McCall Vrydaghs met Creager and captured her story of struggle and hope.

“Christine is such a strong woman. To lose so much and still have faith is inspiring,” WHIO 7 quoted Vrydaghs as saying.

Moved by the Creager’s story of her destroyed home and the rebuilding effort, a viewer expressed willingness to help her rebuild the house. Interestingly, most people are investing money for instant publicity, this viewer requested to keep the identity anonymous, the WHIO 7 reported.

God shows up in mysterious ways sometimes. In this case, Vrydaghs coordinated with the anonymous donor to help Creager. Since Creager was buy-in rebuilding her destroyed home, it was more like a surprise for her to know that someone came forward to help anonymously.

“I’m shocked. I’m speechless. Thank you so much! Whoever has done this. I pray that God blesses you tremendously,” the channel quoted her saying.

That’s not all, she plans to share the donation money in rebuilding the church and local homeless shelter. It is all about paying it forward and let hope flourish.

Creager intends to use the rest of the donation from the unknown do gooder in rebuilding her home. The home building completes this fall.

Just like this anonymous donor, you can also do good to help those who are struggling to rebuild their home devastated in a disaster. Unfortunately natural disasters happen often, giving us plenty of opportunity to help others in times of need. Get out there and do good – it’s in you!

9-Year-Old Boy’s Act of Kindness Raises More than $1,300 in Marlboro