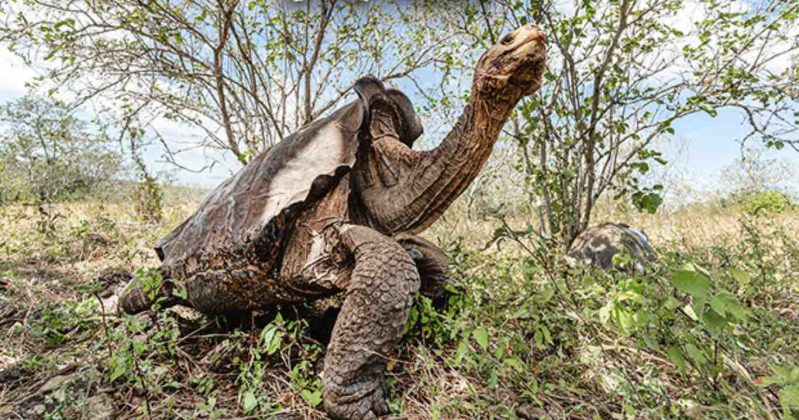 In the 1960s, only 14 tortoises remained on Española Island. Saving the tortoise from extinction was the purpose of starting the Española tortoise program on the Galapagos Islands.

Those 14 tortoises returned home Fifty-five years later, to the place they were born. The 14 tortoises produced 1900 offspring over the decade. The offspring were then painstakingly reintroduced on the island, and today their population is 2300.

A giant tortoise named “Diego” was among the members returning to the island. Diego fathered 40% of the offspring repatriated to the island.

The pandemic caused the postponement of the release of the tortoise. Finally, on June 15, biologists loaded a boat with the tortoises, some weighing up to 77 pounds. After reaching Española, the biologists carried the tortoises on their back to a particular spot rich in cacti. Cacti are the tortoise’s favorite food.

The decline in the Tortoise population was caused by over-exploitation by mariners in the 1800’s. The mariners were dependent on the tortoises for food in the long voyages. The introduction of invasive species like Goats also contributed to a dramatic decline in the population of tortoises.

In the early stages of the Galapagos Conservancy program, a worldwide search began for more individuals. It will give genetic viability for this unique species.

The team was lucky to find one adult male (Diego) at the San Diego Zoo. He was brought to the Zoo by a research team that was on an expedition to the island.

Diego is a centurion, and because tortoises can live to be 150, he may be enjoying retirement for decades, watching his great, great, great grand nephews and nieces grow up.

This is an awesome effort put out to help this species survive. Not only have they survived, they have thrived on this island because of the good people involved over the years. ‘Slow and steady wins the race’, ‘good things come to those who wait’, or whatever the catch phrase may be, it’s great to see these turtles winning the race of life!