What should be the normal reaction of a person who finds an unclaimed box full of cash? Frankly, the first reaction would be of exhilaration and joy. In the case of George Condash, who found a box containing $27,000 at an ATM at a Michigan Credit Union, his reaction was absolutely normal. He walked into the credit union and handed over the cash to authority. He is an inspiring example of a do gooder, especially when society is facing economic hardship due to lock-down guidelines. 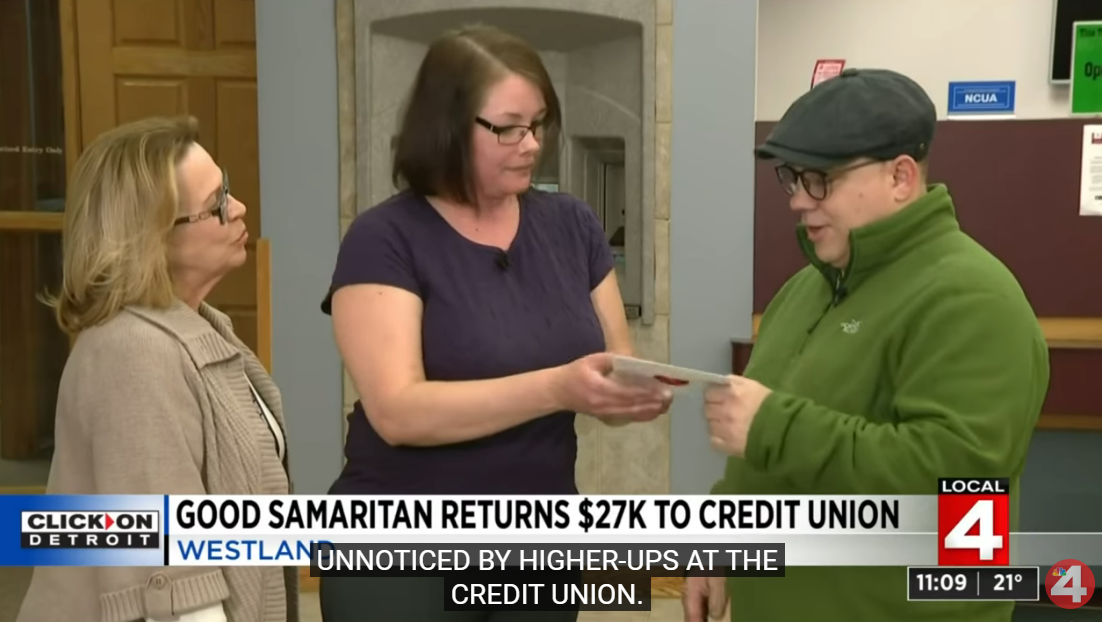 Unfortunately, the camera footage of the ATM shows only one part of the truth where he is picking the box and moving towards his car. But it doesn’t show that Condash goes to the credit union and places the box before the clerk. The CNN affiliate WDIV reported citing official sources.

According to the report, in Condash’s words, he went to the counter and said, “Is there a reward for $40,000?” Staffs on duty were, naturally, dumbfounded by Condash’s words.

Give, Forgive and Move Forward

The detailed video footage from the ATM camera shows that security guards left the box, tagged as $40,000, by the side of the street. The same video, 20 minutes later, shows the arrival of Condash, who inspects the box and takes it away.

Although it was tagged $40,000, it contained only $27,000, according to the CNN report. In appreciation of the great act of honesty, the bank rewarded Condash with an undisclosed amount of cash.

“That was a lot of money that could have resulted in a significant loss, and we just wanted to give him a token of our appreciation.” CNN quoted the bank’s cash manager Alicia Stewart as saying.

Although ATM footage was enough to track down the person who could have stolen it, this kind of selfless act inspires many to keep doing good.

Small Acts Of Kindness: How People are Helping Others