A supermarket security guard in Scotland showed some love to a nearby canine. The public is hailing him a hero after he was spotted holding an umbrella over a dog’s head during a rainstorm. 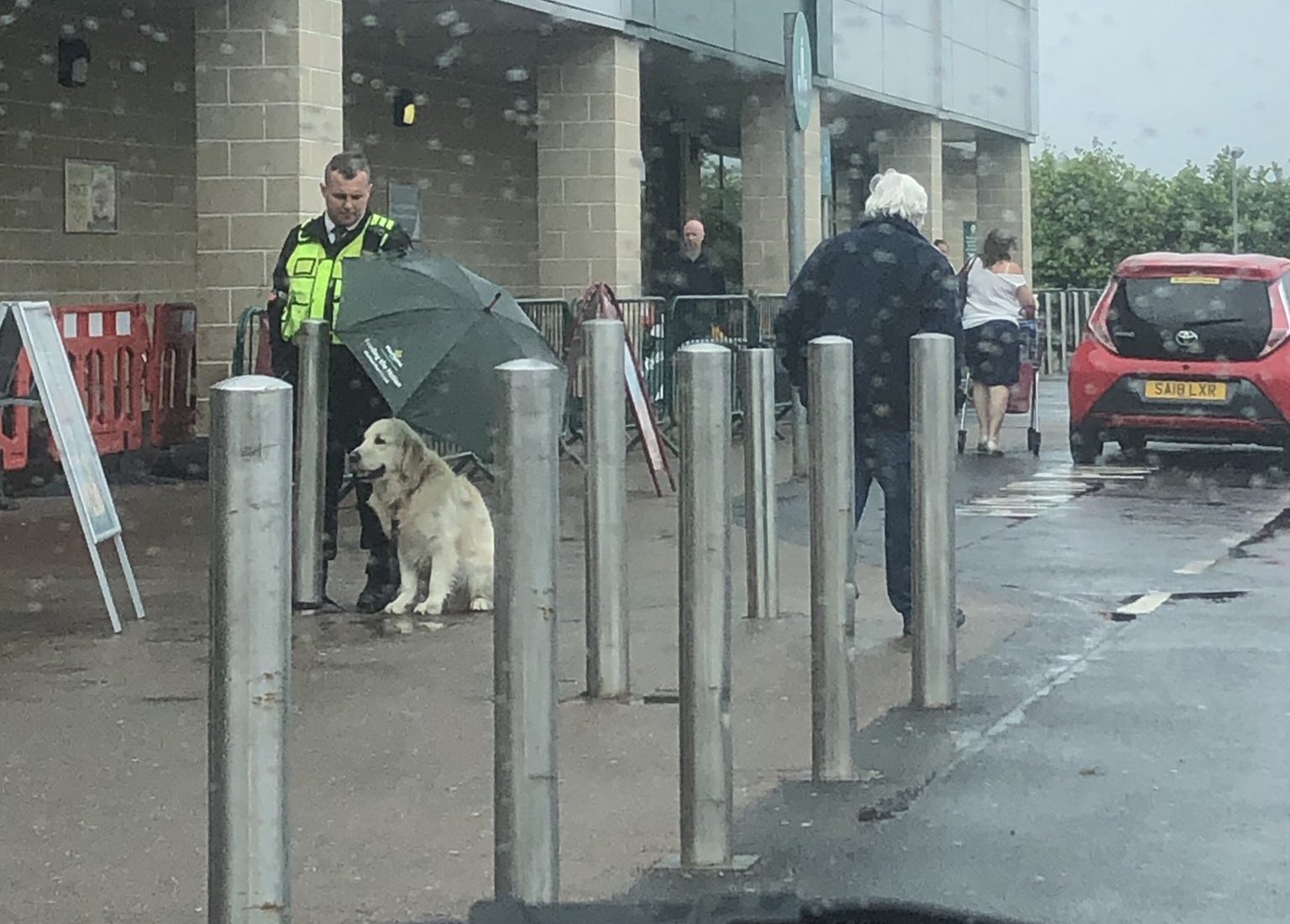 Ethan Dearman patrols the parking lot of a Morrison’s grocery store in Giffnock. A photo of him holding the umbrella dog was posted to social media last week and has received thousands of Twitter responses showing appreciation to Dearman for his kindness. The tweet has received more than 150,000 likes.

The dog’s owner came forward and identified the lovable canine as Freddie and praised the good Samaritan Dearman for his kindness toward the canine and his family. “Thanks to security man [Ethan Dearman] for putting the umbrella over Freddie when it started to rain!” tweeted Freddie’s owner David Cherry. “So kind! He’s always so nice to my brother Stuart, my dad, and our Freddie!”Cd

Found out the security guard is @DearmanEthan – thanks for making a lot of people happy today!

Good Samaritan getting lots of praise for his actions

Dearman spoke to the Insider, saying “I’m used to the rain myself.” As soon as it started raining, he quickly grabbed one of the store’s extra umbrellas. This was not the first time he has provided a much-needed umbrella to a dog. Before this occurrence, he was recently holding an umbrella for a husky, so it could stay dry.

After the security guard’s actions went viral, people began to call for him to receive a pay raise. Dearman told Insider that “it allowed him to cross one thing off my bucket list: becoming famous for doing something good.”

Becoming famous is a neat idea, especially since it came from doing good. Dogs are man’s best friend and deserve to receive the love they give us humans. This awesome act by Ethan Dearman shows great character that we can model ourselves after.

Whether it be for our fellow man or man’s best friend, doing good for others should be something we do every day! Share other stories like this with us in our comments section. We’d love to hear from you!

Doing Good: Cops To Give Away Swanky New Gym Shoes To Kids