An adage goes like this-Good Deeds beget Good Deeds. Kansas City always repays extraordinary acts of kindness. After an act of exceptional kindness exhibited by a woman, the Police Department helps to direct some of that kindness back to its source. 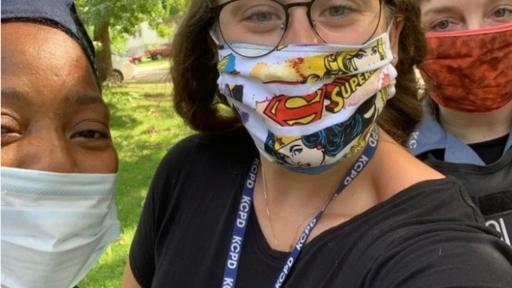 Here is the story of incredible kindness, how good deeds always beget good things. A woman contacted the Kansas City police with a strange request. She wanted to donate the amount she won from a lottery ticket to an injured police officer’s family.

The police assured the woman that the officer is in good standing and well cared for, but she refused. She wanted the officer’s family to know that they were supported.

The woman lost her job for one month due to the pandemic. She was finding it difficult to pay her bills. Last week, when she was shopping in a grocery store, she found a $1 bill in the parking lot. She used that to buy a lottery ticket, with which she won $100. The lady’s 12-year-old daughter said the money should go to the officer who got shot, and the woman immediately agreed.

Then this selfless woman's story started spreading on our Facebook page after we shared it on Monday. And hundreds of people came out wanting to help HER. Problem was, she didn't leave a name and called from an unknown number. So we tried to track her down.

It was an incredible display of kindness typical of Kansas City. Kansas City Police Department put her story on Facebook.  The post became viral, and hundreds of people reached out wanting to help the woman who donated the lottery ticket winnings.

The police also learned about the murder of the woman’s daughter in 2012. The detectives who worked her daughter’s case “were like her therapists, fathers, and lifelines.”

KCPD wanted to contact the lady, but she did not leave any number. After a flurry of activity, KCPD was able to trace her.

Police said in a tweet that the woman’s name was Shetara Sims. Police told her about everyone calling to help her with her Samaritan act. She said, ‘But what about the injured officer? Doesn’t he need it more?’.

Sims was finally convinced by KCPD to open an account for her needs. KCPD has created a GoFundMe with a $5,000 starting goal for the single mother.

Prince George Couple ‘In Shock’ After A Random Act Of Kindness