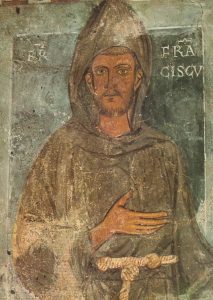 Francis of Assisi is quoted as having said, “Preach the gospel at all times. When necessary, use words.”

What that means, of course, is that if you live your life by the “good news” (which is what the word gospel means) you will be a living example of the gospel.

It isn’t about crosses or fish or bracelets or ink, it’s about how you live. Not that all of those things are bad, but I think they generally serve better as reminders for us than they do as messages to others.

With virtue signaling, though, the whole idea is to send a message to other people. So what’s it all about?

If you aren’t familiar with the term, virtue signaling entered the popular lexicon as early as 2004 and as late as 2015. Either way, it’s relatively new, and either way it is not good in either sense of that phrase.

First, virtue signaling is a pejorative term. It is not used or meant as a compliment, so if a friend tells you that you are virtue signaling, they are probably encouraging you to stop that behavior. Even those who engage in the practice probably know there is something just a little off about it.

What is off is that it is not genuine, not authentic, not real. It is a cheap substitute for good — one that might fool a casual observer for a moment. It’s a fake mustache where something is just a little bit off. Like this one. 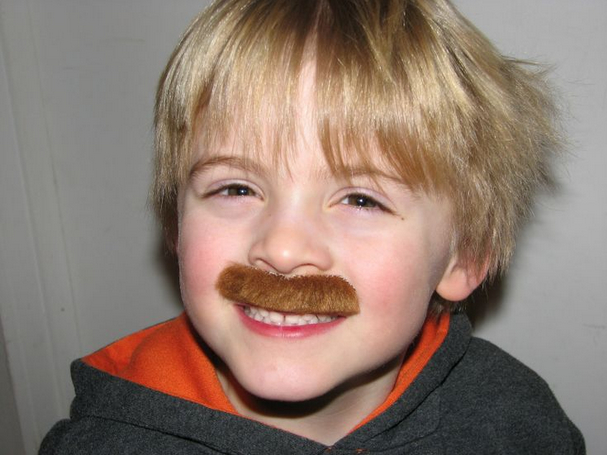 In fact, according to an excellent piece in the The Boston Globe from December of 2015, the article that helped launch the phrase, way back on April 18, 2015, was titled “Hating the Daily Mail is a substitute for doing good.” (The copy of the article I found online is titled Easy Virtue, with the subtitle Want to be virtuous? Saying the right things violently on Twitter is much easier than real kindness.)

That sounds like fun! How do I do it?

Since we already have a hint in the subtitle of that article, the easiest and most common place to start is on social media. (I’ve been social media distancing during COVID-19, and it really does help keep us safer!)

Take a close look at my parenthetical statement, and you’ll see a hint of virtue signaling, but in joke form. If I posted on social media about how good I’ve been at social distancing (in Arizona we like to call it physical distancing) in order to gain the approval of others, that would be virtue signaling.

Several have noted that virtue signaling is closely related to that wonderful term, humblebrag. Mark Cuban recently spoke about how, at age 27, his bank account was down to zero. He may have been trying to encourage others to “rise above” the challenges we all face, but some accused him of a humblebrag. “Look how poor I was and how rich I am now.”

But the simplest way to signal your virtues is to tell people on social media what you don’t like.

Politicians will sometimes be very vocal about raising the minimum wage, signaling that they care about people in that wage bracket, when what they want is those people’s vote.

So who does this? You may be surprised.

I’m glad you asked! Politicians are quite adept at it, and so are social media trolls, but the biggest offenders for me are businesses and business leaders.

There is a lot of pressure in running a business or a nonprofit or a ministry. (Ask me how I know.) The people who are out there bullying others into submission know that. Pushing the buttons of an embattled CEO, especially if you’ve gained a “rep” as someone willing to rumble, isn’t that hard.

Groups that have gained a lot of ground through bullying and intimidation have figured out the process. If they can get someone to even virtue signal, they know they have their hooks in them and can push them a little bit further and get just a little bit more.

Some businesses that you might think would know better engage in this practice. One classic example, given by James Bartholomew in his article, is Whole Foods. About five years ago they had a big sign in the window showing a mother with a little child on her shoulders (isn’t that sweet) that declared: ‘values matter.’

The poster went on to assert: ‘We are part of a growing consciousness that is bigger than food — one that champions what’s good.’

Can you see how that fake mustache is just a little bit crooked? From picture to text, they are telling you just how decent they are. And they are part of “growing consciousness” bigger than food. Golly.

Is there some good?

Even companies and people who engage in virtue signaling undoubtedly do some good, and I’m glad for that. But the companies that do a lot of good and do it as part of who they are almost never have to talk about it. Other people talk about it for them.

To see a bunch of that, just take a look at our “business blog” which has lots of stories about businesses doing good. Some have stepped up during the pandemic, and others are just plain good businesses.

One post that caught my eye is about Lowe’s, the home improvement store. They are clearly a big business, and yet they are stepping up and donating millions of dollars to help small businesses, especially in rural America. I particularly love that they called small businesses “the cornerstone of our economy.”

Lest you think this kind of good is needed or happening only in America, check out this article about Swiggy, a company based in India. They are definitely doing good!

Are you virtue signaling or are you doing good?

It’s not uncommon for businesses to ask us about their messaging, especially in the midst of upheaval in their area or in the country. “What should we say about Black Live Matter” has been a fairly common question in the recent past. That usually leads to a conversation, and that conversation usually leads to an answer.

But the temptation to jump in with what looks like every other CEO in the country and make some statement is strong. If you’re thinking about that, be careful.

Why? Making any kind of statement on behalf of a company requires much thought, but statements made “in the heat of the moment” are even more risky. This isn’t about being politically correct, which is a terrible reason to say anything, it’s about being honest.

Virtue signaling becomes particularly tempting in such times, like telling a little white lie when your wife asks you if “this dress makes me look good.” Or when your boss asks how that report is coming along. We’ve all fudged our answers in situations like those, and we’ve all regretted it.

Even if the public never does find out, God knowing is enough. Rest in that, be virtuous, and leave the signaling alone.

Simone Biles, Donald Trump, and you