Amidst pain and suffering everywhere – a story of a woman in labor pain, getting help from a woman auto-rickshaw driver reignites the hope. Rajeevi is a healthcare worker who works extra time to drive an auto-rickshaw. She received a call from a pregnant woman named Srilatha asking for help. She takes her to a government hospital in Udupi, a small city in the southern Indian state of Karnataka. 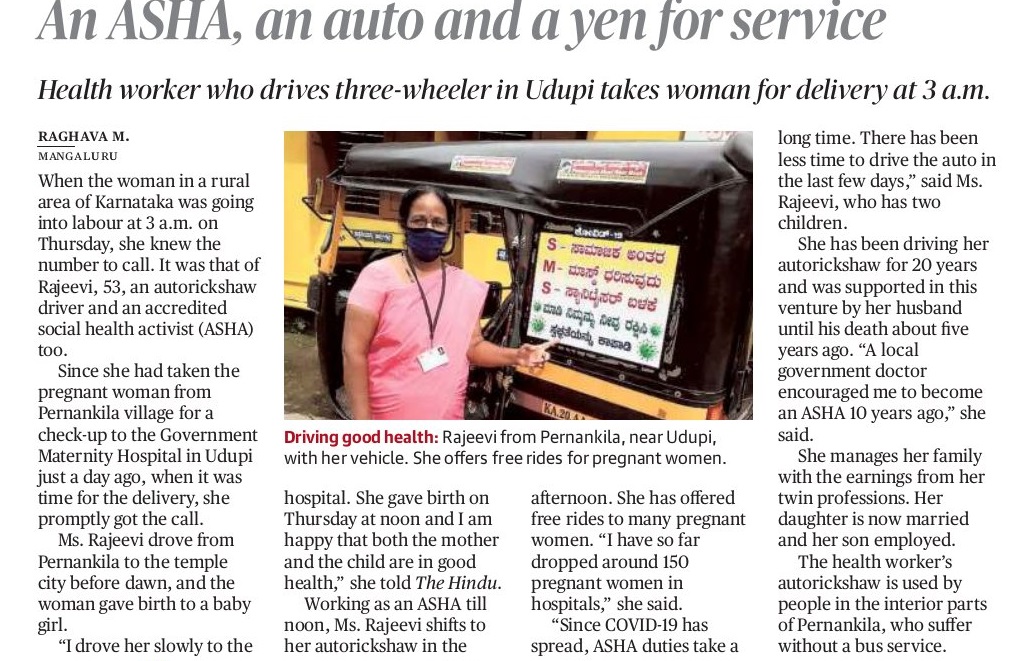 It took just a fraction of second for Rajeevi to be ready and drive the women in labor pain to the hospital, 18 km away from the village. Interestingly, it is not the first time when she helped someone in need.

She has offered free rides to 15 women in an emergency, according to The Indian Express.

Lack of basic healthcare facilities in villages in India leaves no option for women other than taking the risk at the last moment. Thanks to Samaritans like Rajeevi, who come forward to help those in need.

Her husband died five years ago due to brain illness, and she rides auto rickshaw to support the family.

For Srilatha, who delivered a baby girl, Rajeevi is more like a goddess in disguise who was there to help her.

“Though I am not rich, I think it is my duty to help women who are in need of it,” she told the newspaper. The mother of two believes in sharing a part of whatever she earns to help those in need.

Her son is looking for a job after completing his industrial training course. Her daughter, a trained nurse, is married and living in Mumbai.

She works as a healthcare assistant at the grass-root level in the morning. She then drives rickshaw in the second half of the day.

As a healthcare assistant, she believes timely attention could help reduce child and mother mortality rates, the newspaper reported.

She is a also great soul, and you can also be one like her by doing good wherever possible.