This is a test

Can you remember the most difficult test you’ve ever taken? There are some doozies out there, and I’ve bumped up against a few of them. Tests that come with letters and numbers are often challenging: LSAT, GRE, Series 6, Series 7, MENSA.

Just kidding on that last one–Mensa doesn’t have its own test. You may know Mensa, the High IQ Society, and you do have to take a test if you want to be part of it. The test, however, is simply an IQ (letters again!) test, and you only have to score in the 98th percentile or above. Sadly, you cannot grab a random online IQ test and send in the results.

But score in the top 2% on an approved and administered IQ test and you’re in!

Ace the Series 6 and 7 tests, and you can be a financial adviser. A solid score on the LSAT will overcome one hurdle for getting into law school, and the GRE (Graduate Record Exam) may be required if you want to get into grad school several years after receiving an undergraduate degree. I did that, and the test was plenty hard. Somehow they let me in anyway.

Moving through life, you figure out that even though you’re out of school tests keep coming. Some of those are required in certain circumstances, like those mentioned above, and some of them are available just so you can measure your own level of expertise.

For all of our protestations about tests, one of the most popular things online is quizzes. We love those little buggers! In fact, I’m going to start adding some quizzes to DGU, just because they’re fun.

Recently I’ve taken quizzes online that reveal where I fall on the charisma scale, how well I can read body language, and how well I know the rules of golf. I thought I would ace at least the last one, but even the beginner quiz was really tough!

But what about when you are given a test and you don’t know you are being given a test? Would you perform better without the pressure of knowing, or would you lose focus and perform worse? I should devise a quiz to help us answer that. 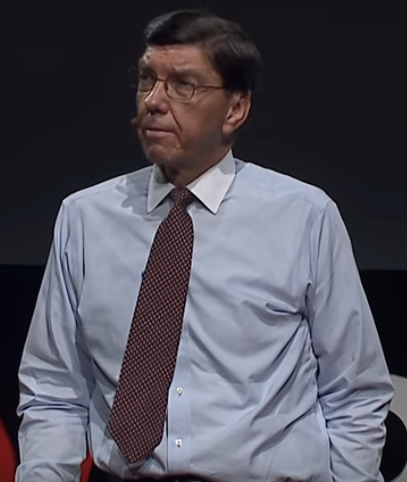 The test we all are taking today

You may take an online quiz today, you may take a formal test, or you may avoid both of those like you’d avoid a pothole in the road. Still, you are taking a test today and every day called Life.

The late (and I think great) Clay Christensen, Harvard Business School professor and best selling author, was an excellent speaker. His manner, his intonation, his dry sense of humor, his humility, and his deep knowledge were a great mixture. As much as I like his books, I like watching videos of him speak even more.

I’ll give you a link below to one I think you should watch, but let me give you some background first.

All of his accomplishments–and they were many–did not protect him from the vicissitudes of life. On top of other health problems earlier in life, 2010 was a tough year. He was diagnosed with lymphoma in February and then suffered an ischemic stroke in July. The stroke took away his speech, and he had to do many hours of speech therapy. That affected him for the rest of his life, which was cut short by leukemia in January of 2020.

He passed this test with flying colors

Because of his lymphoma cancer treatments, he lost feeling in his feet and occasionally used a walking stick for balance. Because of the stroke, he sometimes had to pause to find the right word. You’ll see both of those in this TEDx talk that Christensen gave in Boston in 2012.

The link here starts the video at 11:35 into it, where he wants to give one more idea to the audience. The question he asks is, “How will you measure your life?”

Several years later, battling with leukemia but still teaching and speaking, he would talk about his coming “interview with God.” I’m guessing that went very well.

How about us? Will we pass this test? One way to ensure a higher score (and this test is not graded on a curve, only individually)  is simply to do good.