Your love for animals shows whether your soul is awakened or not. Christopher Vane is doing good work by helping abused animals. One can, without a doubt see that he is an awakened soul. In the last three years, he rescued over 150 animals and keeping them safe in his no-kill sanctuary called Little Bear Sanctuary. 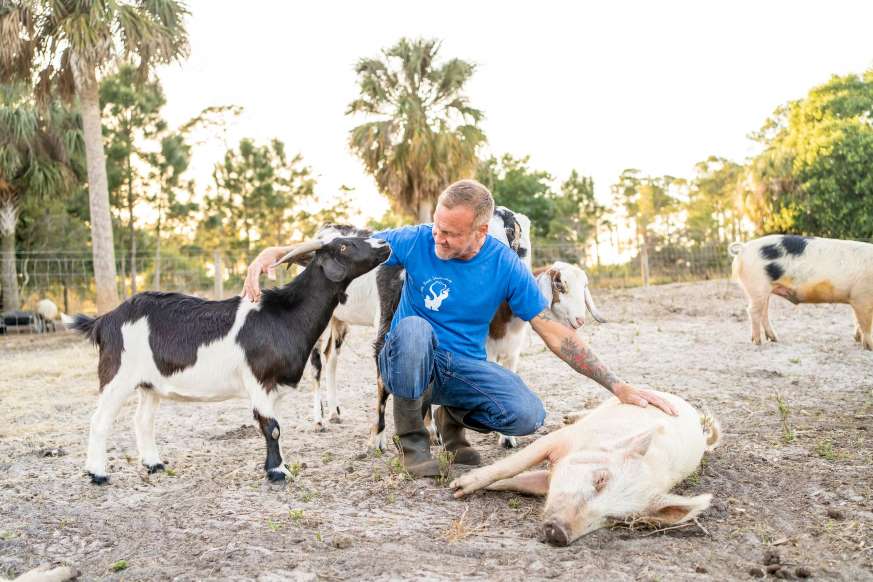 It is love and care for others that make humans great. All are the creation of one God, so all should be treated with dignity.

In response to the idea and inspiration behind the no-kill sanctuary, Vane told Today that his mother Ursula was his biggest supporter, and she taught him compassion.

She died about six months before Vane opened the no-kill sanctuary for farm animals in 2017. In her honor, he named it ‘Little Bear Sanctuary,’ which comes from Ursula’s Latin meaning.

Currently, the no-kill, no-cage sanctuary is home for 74 pigs and 29 sheep. And also cows, goats, and chickens rescued slaughter, according to Today report.

Space to Live in Peace

All 150 residents have the name, and Vane loves them all. When asked about any favorite, he said there isn’t any, but a 300-pound pig named Willy is special as he is the first rescue.
“He’s quite the character,” Vane told Today, adding that Willy greets everybody, and he loves his belly rubs.

Willy taught other pigs to sit like dogs, said Vane adding, “I’ve heard that pigs teach each other stuff, but to see that in real life was pretty amazing.”

Unlike traditional rescue facilities, animals in the Little Bear Sanctuary are free to roam in the 30-acre property. The Global Federation of Animal Sanctuaries verified the farm as a ‘true sanctuary’ of the high standards for animal care and business practices.

Vane wants to expand the facility to accommodate more and more animals. He started GoFudMe fundraising to make it community movement.