This is a great picture of brothers. You can see their personalities, their joy, and a lot more. What you can’t see is their future. They can’t see it either, and most likely they aren’t even looking.

Joseph had brothers who probably looked like that together at one point, though you’d have to substitute some other musical instrument (a lyre?) for the ukulele.

The Joseph I’m referring to, just to be clear, lived a few thousand years ago. His story has been told on Broadway, in movies, in songs, and in books. The first book to tell his story is the Bible, and it is an amazing story.

Jacob, who was a fraternal twin to Esau, ran away after he cheated his brother out of a blessing. He ended up working for his uncle and falling in love with his cousin, Rachel. His uncle said he could marry her if he worked for him for seven years, and Jacob was all in.

On the night of the wedding Jacob had too much to drink, the father switched Leah for Rachel (Leah was Rachel’s older sister and not as pretty), and in the morning when Jacob woke up he had consummated his marriage to Leah.

The trickster was not happy to be tricked and complained about it, which didn’t really make Leah feel good. Anyway, the uncle gave him Rachel as well, but he had to sign a contract for another seven years. Which he did.

Leah kept having babies, and Rachel had none. So Rachel gave her handmaid to Jacob as a surrogate mother. When Leah stopped getting pregnant, she did the same thing with her handmaid.

All in all, Jacob ended up with twelve sons from four mothers. 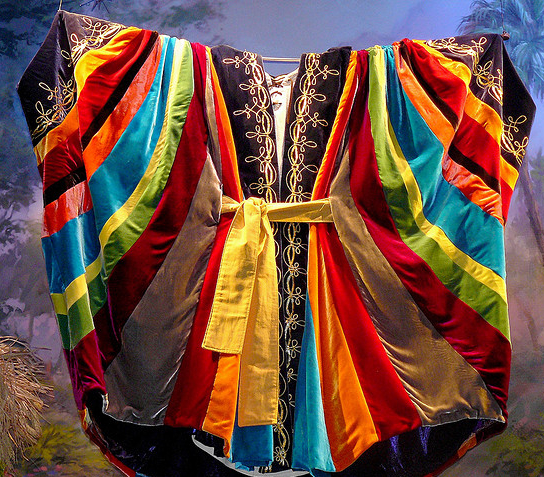 Which one is your favorite?

Parents are always being asked which of their children is their favorite.

Consequently, they are always making up answers that avoid answering the question directly. Jacob, on the other hand, made no bones about it: Joseph was his favorite, and because of that he made him a special coat.

Andrew Lloyd Webber and Tim Rice called it the Amazing Technicolor Dreamcoat. Often you’ll hear “coat of many colors,” but the word used to describe the coat isn’t easy to translate. In any case, it designated Joseph as the favorite.

Joseph had ten older brothers and a younger brother, Benjamin. He and Benjamin were the only sons born to Rachel, who died giving birth to Benjamin. Jacob might have loved Benjamin more had his birth not resulted in the death of his beloved Rachel, but we are not told that.

Joseph’s older brothers hated him. He “told” on them (giving a bad report of their work), he was Dad’s favorite, and he had that coat to remind them. Also, he told them he’d had a dream and that all of his brothers would one day bow down to him. Not the recipe for Mr. Popularity.

So one day they saw him walking toward them and decided to kill him. He’d been sent to get a report for Dad, and they’d had enough. But the oldest brother, Reuben, talked them out of that. So they took his coat and threw him into a pit, then sat down to eat.

A caravan from another country came through, and Judah (brother number four) suggested they sell him as a slave and tell Dad he’d been apparently killed by animals. Only his coat (now with blood on it) was found. So that’s what they did, and when Jacob was told that Joseph was dead, he wept for him.

Success and jail and success in Egypt

Joseph, very much alive, was purchased by an Egyptian officer named Potiphar. God was with Joseph, and through hard work and blessings he became very successful. He was also a handsome guy, and his owner’s wife kept making passes at him. He kept refusing. One day she got more aggressive and grabbed his cloak. He got away without it. She accused him of attacking her and he was found guilty by her husband and thrown into the prison where the king’s prisoners were held.

No, it was not fair.

Having interpreted that dream correctly, Joseph was not only released from prison, he was put in charge. He went from being imprisoned to being second in command in all of Egypt.

Pharaoh’s dream was from God, and it said there would be seven good years of food and then seven years of famine. Joseph oversaw all the storage of food during good times and all the distribution of food during bad times. He was a big, big deal.

The famine also hit Jacob and his family, and he sent his sons (without Benjamin) to Egypt to get food. It was now twenty-two years since they had sold him into slavery, but Joseph recognized them. They, of course, did not recognize him.

With some clever tactics, Joseph eventually got all of the brothers to Egypt, including his brother Benjamin, and the reunion (awkward!) turned beautiful. Soon Jacob and all the children and grandchildren and great-grandchildren came to Egypt to live out the famine.

But when Jacob died, the brothers feared for their lives, thinking that now Joseph would take revenge for what they had done all those years ago. Would you have taken revenge? Joseph didn’t.

Joseph knew the fear his brothers had, that he might kill them for the evil they had done to him. Here is what happened instead.

Joseph said to his brothers, “As for you, you meant evil against me, but God meant it for good, to bring it about that many people should be kept alive, as they are today.”

How many times in our lives have we failed to have that wisdom? How many times have we looked only at the human side of things and said, “You meant evil toward me, and now I will do evil to you.”

There are so many places we could apply that wisdom today if we would consider it. Over and over in our world, God has turned the evil acts we have carried out into good for others. Yet here we are, looking for “fair.” Normally that means we should get to do to others what they did to us.

The Golden Rule, of course, says to do to others what we want them to do to us, not what they did.

If you are interested in doing good, follow the model set by God and understood by Joseph. Evil will happen, but God can turn that into good. And if we work at it just a little, we can both see that and honor it, just like Joseph. 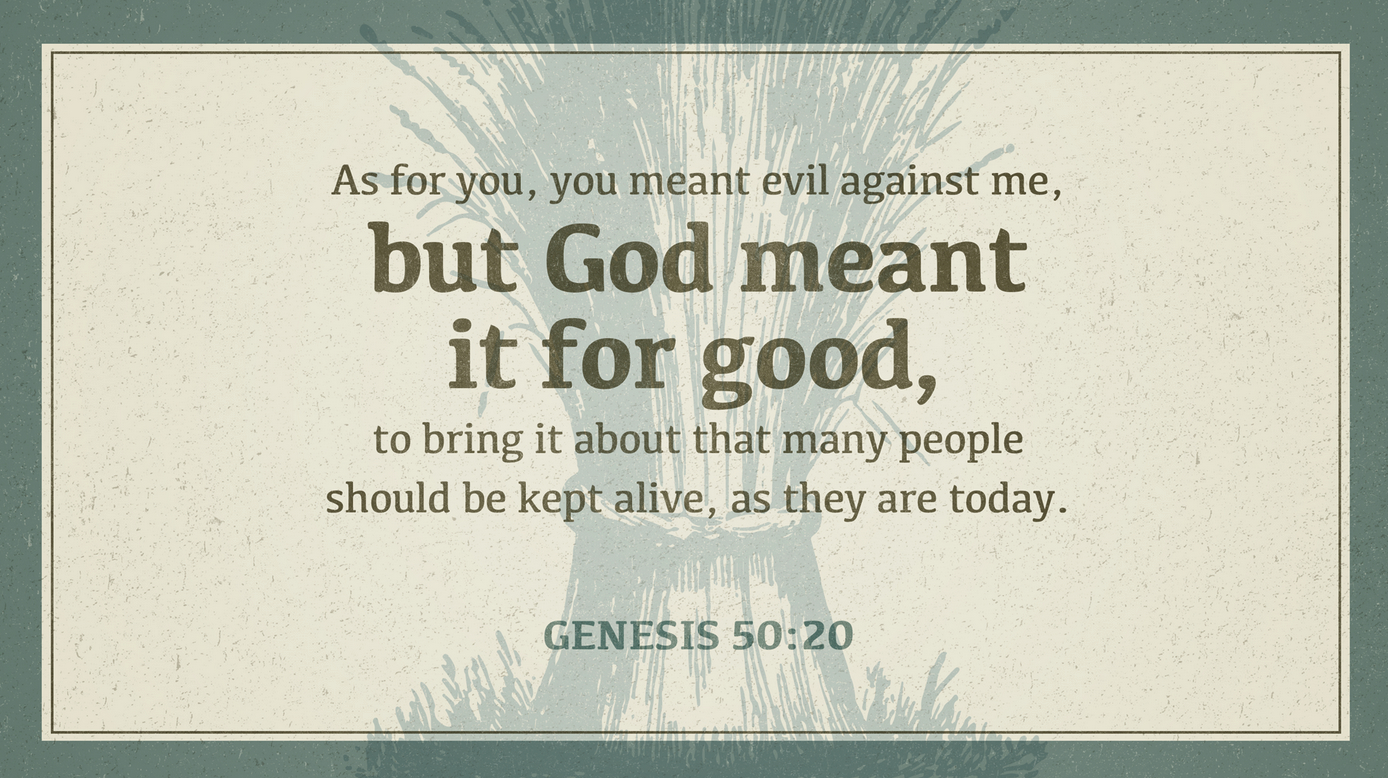