Nick Evans, the snake catcher of Durban, catches average 20-30 snakes every week, and he does so quite effectively using Google apps like Lens, Map, and Earth. 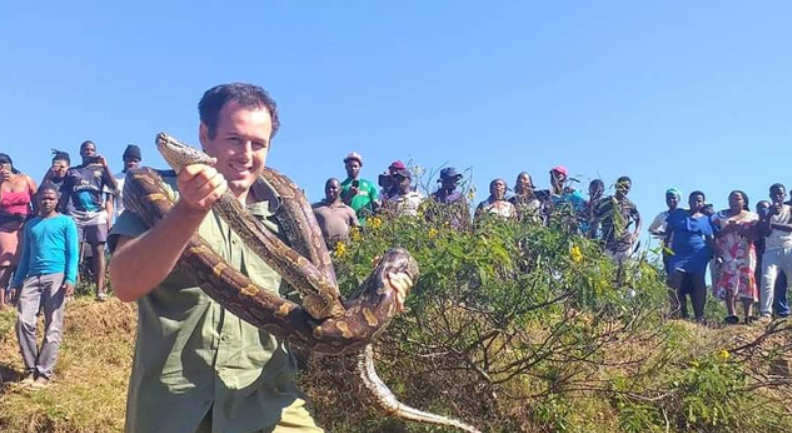 Since most of the people in Durban and the surrounding area have smartphones, he gets all possible location and snake identification information in advance to prioritize his snake catching operation.

Technologies, particularly digital assets like mobile applications, are a great enabler. According to IOL, Nick Evans is using the Google Maps and Lens app very effectively to save snakes and human lives in Durban.

Once Evans receives a call regarding snake sight, he first confirms about visibility and the threat level for both human and snake using a suitable image capturing app, the IOL report noted.

Evans runs an organization called KZN Amphibian & Reptile Conservation. He will appear in his TV show Snake Season on People’s Weather Channel of DSTV in September, the report noted.

He decides whether the snake is venomous based on size, head & eye shape, color, and skin texture. Out of 120 species of snakes found in South Africa, just 21 are venomous. So, if the snake is identified as non-venomous, Evans lets it slip away peacefully in natural habitat.

Since snake identification is very critical, Evans uses Google Lens to identify from the image.

Snake sightings creates panic, and people, most of the time, react very aggressively in defense, causing harm to dwindling creatures. The time element is crucial, so Evans uses Google Maps to reach the exact location in the quickest possible time. He does it through the shortest possible route suggested by the app.

“I could not operate without Google Maps.” Evans told IOL, adding that everybody has a smartphone, so reaching the right location in time is pretty easy now. He shares the site location with his wife for safety reasons.

Talking about messy sites’ challenges, he said that catching isn’t a challenge, but he pays particular attention while releasing them in safety.

He elaborated scientific reason behind not releasing the creature beyond 10 Km as it results in death. Evans told the portal that he uses Google Earth to find a suitable site to release the creature.