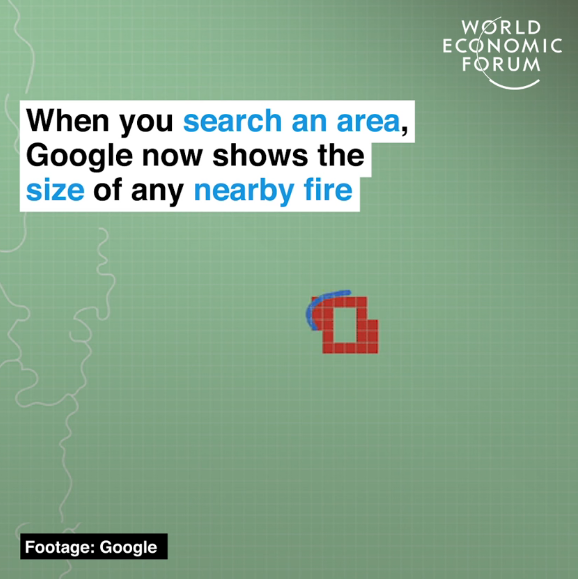 Wildfires are unpredictable and can spread at an incredible 22 kilometers per hour. It is impossible to outrun a forest fire. The latest fires that are tearing through parts of Northern California are the second and third largest in recorded history. Theprint.in reports that the fire has forced the evacuation of 200,000. Six people have died in the fires already.

Staying One Step Ahead

Staying one step ahead of the fires is extremely important, especially for people who fight these fires. Timely data about the spreading extent of the fire can mean the difference between life and death. Google is now adding satellite data into its mapping facility to show the exact locations of wildfires in close-to real-time.

Google Maps and navigation tools also feature this data.  Anyone will be alerted in time of the impending danger, within the vicinity of a fire.

Data from the US National Oceanic and Atmospheric Administration (NOAA) are fed into Google Earth and refreshed hourly. It gives both infrared and standard optical views of the location and spread of fires.

NASA’s Earth Observatory explains that forest fires are an essential element in the woodland ecosystem’s natural cycle, actually helping to maintain biodiversity. Fires help to breakdown dead organic matter into simpler components so that the soil readily assimilates them. They also kick start the germination process of many seeds.

According to the California Department of Forestry and Fire Protection, climate change is responsible for the wildfire spread. Reduced rainfall in North California has also aggravated the situation. This year, significant parts of the US face greater fire risk, including California, putting lives and property in danger. The cost of fighting such fires is enormous and will keep on increasing every year.

With the help of companies like Google hopefully those that are threatened by these fires will have more time to get to safety. This technology is also good for those fighting the fires. If only one life is saved because of it, well, it definitely is worth every penny.