That thine alms may be in secret: and. thy Father which seeth in secret. … in secret, then your Father who sees. In secret will reward you openly. Matthew 6:4 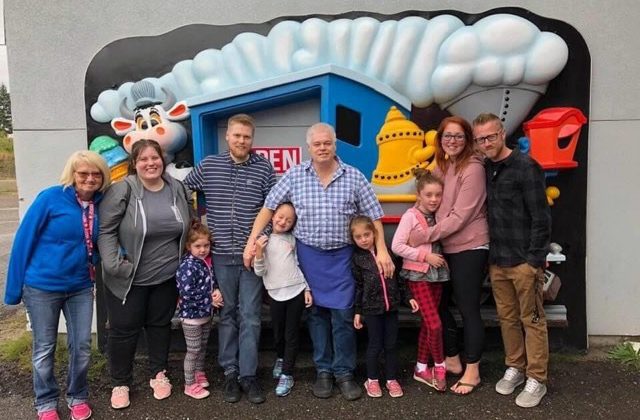 Leona Bergman and her husband run an ice-cream express. It is hard times, and the couple was having trouble meeting their household expenses.

Leona was checking her mail last week when she saw a letter along with Sixty five dollars. What surprised Leona was, the letter had no return address.

Talking to Myprincegeorgenow.com, Leona said, she found a note which read- ‘you guys work so hard, take a break and go for a nice lunch.’

It was an unprecedented gesture, and the whole family was happy but surprised at the same time.

Speaking to myprincegeorgenow.com, Bergman informed us that times are changing. There has been an increase in acts of kindness in Prince George. She cited ‘wine fairy’ and ‘coffee fairy’ groups on social media as examples.

Despite the excitement of receiving the unexpected gift from an anonymous Samaritan, the couple has not spent the money. Bergman informed that they are waiting for an important moment when her husband will get some time off to go and enjoy it.

Leona and her husband want to carry forward the act of kindness. Still, they often wonder about the identity of the unknown Samaritan.  The couple also went to great lengths, trying to identify the anonymous person who spared the amount from his earnings to have a decent dinner.

Father Will Reward You

The Bible places charity given anonymously of the highest order. The Bible asks those who provide help to the needy not to trumpet and glorify their deeds. But when you give to the needy, do not let your left hand know what your right hand is doing so that your giving may be secret. And your Father who sees in secret, will reward you.