Like the rest of the country, Texas is facing financial uncertainty, leaving many in hard times. But thankfully, there are good Samaritans who are ready and willing to help those in need in their community. 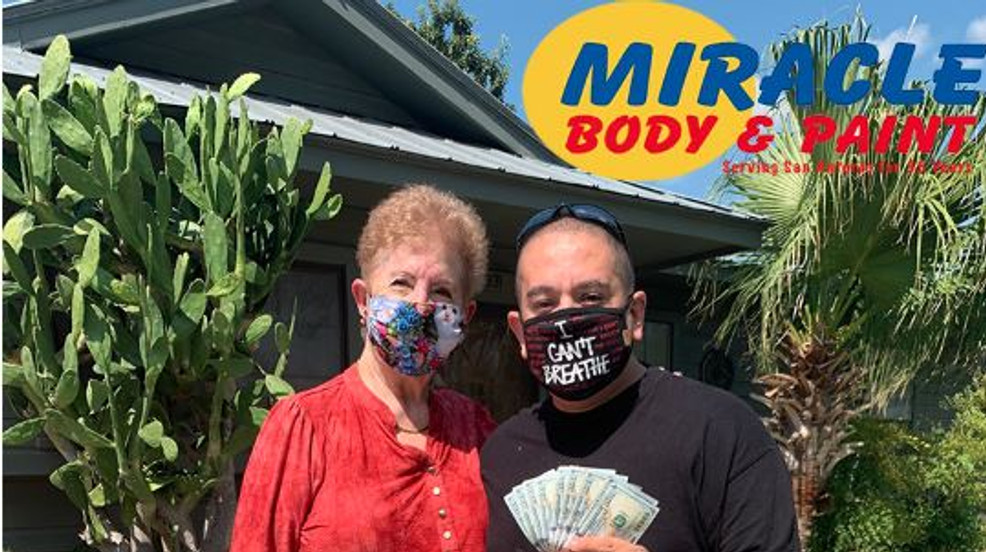 75-year-old Delmaraetta Stipp was at her local Walmart and checking out when she discovered she was short on change. She owed $151 but realized she only had $138 in her wallet. A good Samaritan stepped up and helped cover the remaining bill. That guy was Robert Navarro.

Stipp is retired and living in the Southeast Side on a fixed income. Stipp told FOX San Antonio: “All of a sudden, the clerk next to the lady that was taking care of me said, ‘hold it,'” she recalled being told. “‘ Someone wants to pay.’ And, I said, ‘no, no. She’s going to take this off.’ And, then this guy, don’t even know where he was, came through and said, ‘I want to pay.'”

Fox reporter Ryan Wolf surprised Navarro outside of Stipp’s home. Navarro believed he was just getting a thank you card and some coffee from her during their reunion. Navarro is a 36-year-old security guard in the county. Stipp said she contacted Wolf to let San Antonio know what a good young man Navarro is. Wolf explained how Stipp nominated him on CASH FOR KINDNESS.

Wolf handed him a stack that totaled $1,000. Navarro said he would use the money as a down payment for his car. Navarro noted that Stipp reminded him of his mother. His mother sometimes doesn’t have the money to pay for all their food.

“My mom would have done the same thing for her,” he told Wolf. “And, I was feeling like my mom was sending me a message right then and there. Help her, son. Just the way she raised us as a single mother with my sister and me.”