Cartier Carey is an 11-year-old boy with a heart of an angel. He noticed a shortage of diapers during the pandemic and decided to set-up a lemonade stand in Hampton, Virginia, to help. ABC News showed this amazing story. 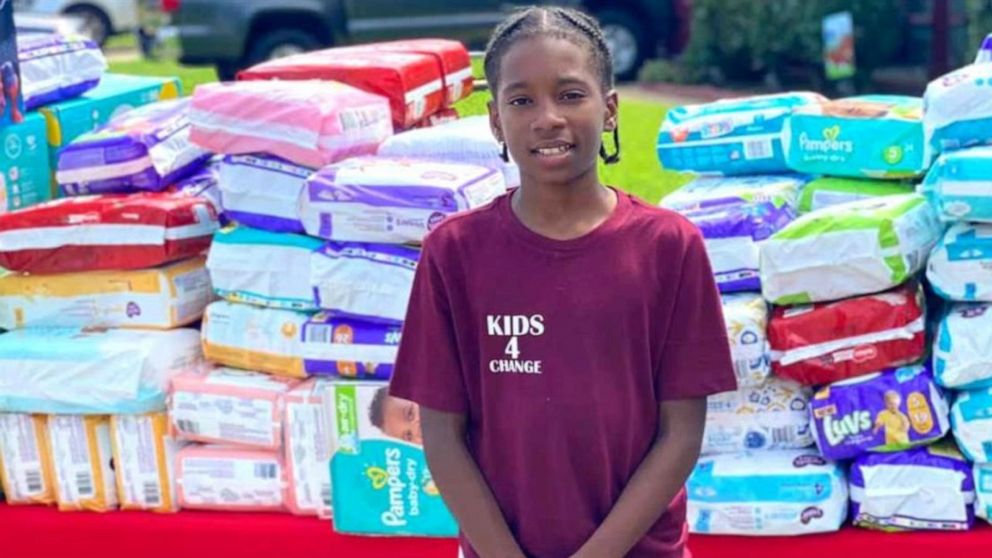 From his peers, Cartier became aware of the challenges which single parents face. One of his closest friends had a single mom. Cartier’s friend had to stay at home while his mother went to work.  Thus began his mission to raise money for diapers to be donated to single parents. He started running a lemonade stand.

The 11-year-old boy sells the summertime staple from his front lawn in Hampton, Va., next to a paper sign that reads: “Raising Money for Single Mothers.”

Cartier Carey raised over $7,500 for diapers, wipes, and other supplies for parents in need. It was enough to purchase approximately 27,500 diapers.

Carey’s home was near a busy intersection. Motorists frequently visit the lemonade stand, and neighbors’ stop by regularly.

Cartier’s parents are together, but a lot of his friends have single moms. Cartier’s mother, Britney Stewart, 30, was surprised by his zeal to help single mothers. Remember, he is a rising sixth-grader. However, they are proud of their son.

Every few days, Cartier, along with his mother, would visit Walmart to buy supplies. Local shelters, churches, and single moms who have heard about the initiative and shown up will get the supplies.

With most schools and summer camps shuttered due to the COVID -19 Pandemic, parenting is a big load to carry alone. The US has the world’s highest single parents household. In 80% of these cases, women are the sole caregiver.

Babies need 240 diapers every month, and a year’s supply could cost $936. In other words, a single mother working full time will spend 6% of her annual pay on diapers alone.