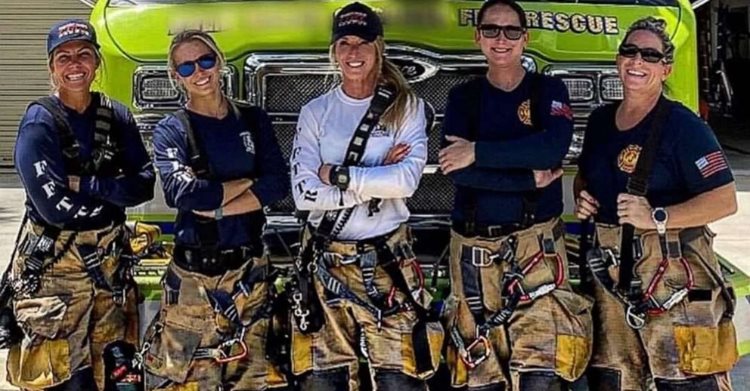 The five-member firefighting crew between them have more than 80 years of firefighting and EMT experience. However, they are working together as a team for the first time—their age range from 29 to 53 years.

The story has since gone viral on social media. Talking to TODAY, Krystyna Krakowski said that the day all the ranks had female members at her fire station, she felt just like a schoolgirl. It is all about girl power and made by lifting others.

Karwoski herself is a gritty single mom. She has a 21-year-old daughter and 12-year-old son. She dotes on her daughter, and it is her greatest motivation.

There were many pleasant coincidences on the day of the all-female shift. It was the day Supreme Court justice, and women’s rights advocate Ruth Bader Ginsburg died. The team did not know this and was surprised by the reception they received when they responded to several calls. The people around, especially the women, wanted to give them a high-five.

In 2019, the station’s ladder truck unit attended more than 1,500 emergency calls, and the medic rescue unit responded to more than 2,000.

Surprising But True: Watching Cute Animals is Good for Your Health

Act of Kindness: Landlord Provides Food to all his Tenants