A 72-year-old man was cleaning out his garage and discovered an old bucket of practice baseballs. He used to toss them around with his son and grandson. Randy Long figured the next generation of kids could get some use out of them. So he dropped the balls off with a note at a batting cage.

The note said he used these balls to play catch with his grandson and son, who are now 23 and 46. He is now 72, and he wishes he could pitch a few buckets again. Sadly for this man, they have both moved away. He reminded fathers to enjoy the time they have with their kids, because time goes by fast, and then the kids will be gone. 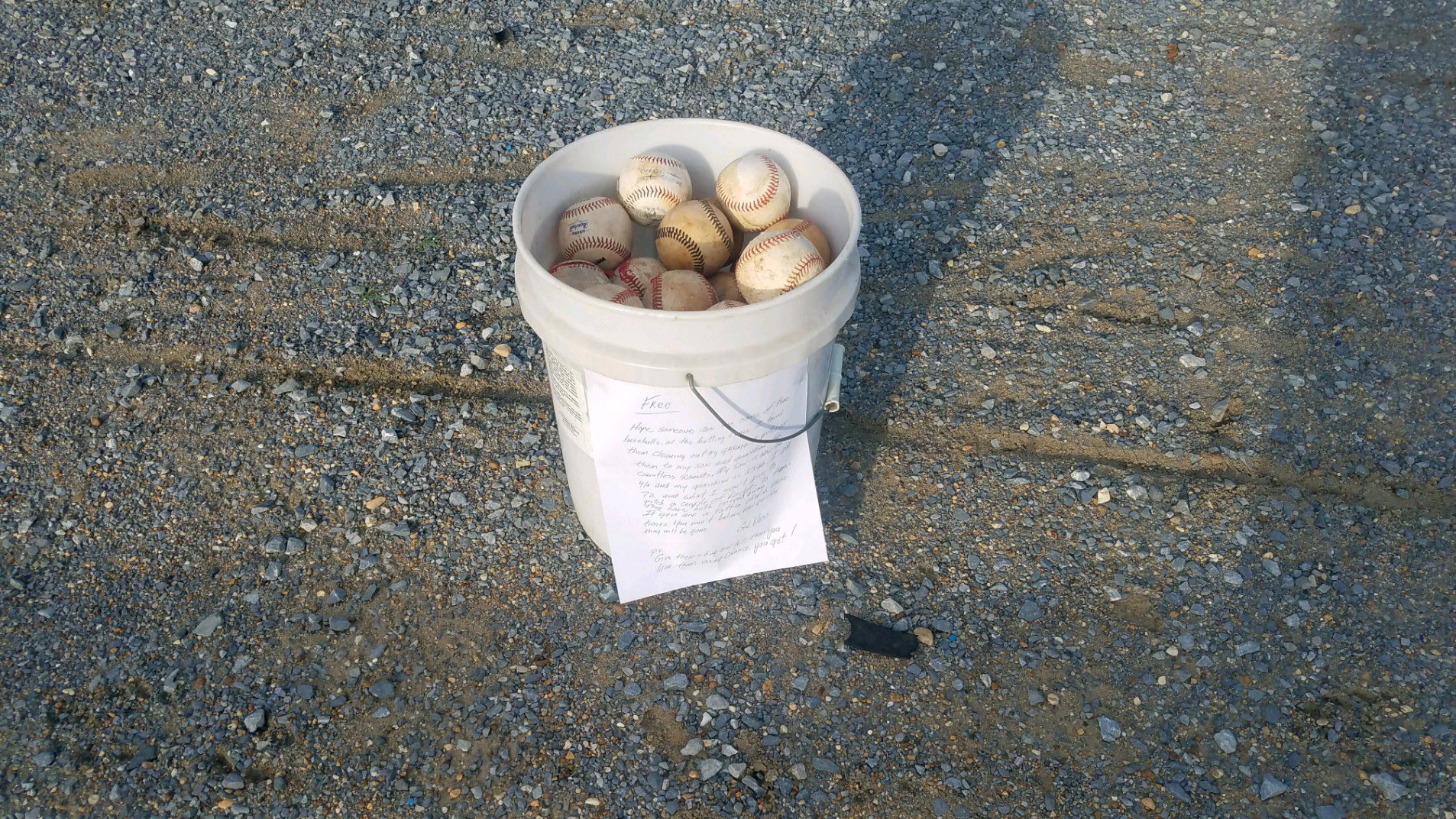 Long’s grandson tweeted out about his grandpa’s generosity. The post eventually went viral. The good deed gained the attention of the news outlets. Anderson says he remembers when he did help him achieve his true athletic potential. As a kid, he would often hit in the batting cages. He didn’t want to go for some days, but his grandpa always wanted him to be the best he could be.

Kids will forever cherish those times spent in the batting cages.

My grandad left an old bucket of balls at the batting cages we used to go to with this note on them…. I’m not crying, you’re crying pic.twitter.com/zlQFwNq1R2

ESPN captured the story leading to Anderson being swept away by all the positive feedback. He told CNN that he had been stopped by young kids telling me they will always cherish their moments in the cages with their dad or grandpa.

While he has moved about two hours away from his grandpa, he is ready to reunite for a batting-cage come back.

It’s good to see someone from the older generation, finding ways to bring kids together with their fathers, for something as simple as batting practice.