My wife and I were in Hawaii last year on vacation. It’s a place we both love for its beauty, its feel, and its people.

Kauai is our most frequent destination there, and we know it fairly well. We frequent local restaurants, but it can be challenging to find iced tea with extra ice, the way my wife likes it. So one day we stopped at a McDonald’s for tea.

After we sat for a bit I got up and headed to the restroom. I passed by a Hawaiian gentleman, nodded to him, and got stopped at the door by a sign saying I needed a key. As I turned toward the counter the fellow said, “No key. Pull hard.”

I reached back for the handle, pulled hard, and sure enough the door opened. “Mahalo,” I said, and on my way back to our table I stopped to chat with him. With genuine joy he told me he was going to heaven soon. He was 90, and he was excited.

Soon my wife headed to the restroom and I said, “No key. Just pull hard.” The man smiled, and my wife joined us a few minutes later.

That locked door opened a brief but delightful friendship for us. The man could “talk story!” He had, after all, been the head of the roads department for the Island of Kauai for more than 20 years and had worked on the roads for more than 40.

But it was a story about his son that stuck with us. “He is very smart,” said the father, “so he became a garbage collector.”

“What my son did,” the dad explained, “was look and see what everybody needed and nobody wanted to do.” Soon he added cleaning septic tanks to his business, along with other “dirty” work. Some months, we were told, he made a year’s worth of income! 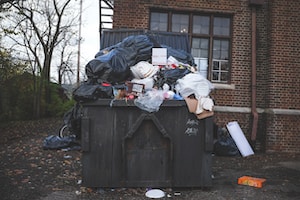 You may be a professional garbage collector—the good kind. But all of us are garbage collectors, even if we don’t realize it. I know that because we are on the internet, which can be a filthy place.

Newspapers once had gossip columnists who wrote about “the swells” and who attended which parties. At least they were called “gossip columns” and could be read with that filter in mind.

Now gossip is called “breaking news,” which often is less accurate than the gossip columns of old. The stories almost always lean to the bad, the headlines are written not to inform but to ensnare, and the content is rarely worth our time.

A lot of what is out there is just plain garbage.

Do we get rid of it? Not us. We suck in the garbage (character assassination, name calling, fear mongering, etc.), let it fester inside us, and then we spread it around to unsuspecting people known as friends and family.

If it is really tasty garbage, we save those morsels for our friends who like the high octane stuff. We regurgitate what we’ve heard and feed each other, growing the garbage pile even higher.

Where does the garbage go?

That kind of garbage goes first to your mind and ends up in your heart. On this very day in 2020, I can tell you there a lot of people whose hearts are less healthy than they were last year.

Talking with two friends today, in fact, both were saying they had a kind of malaise and had been dealing with it for a few months. They were both glad the three of us were together because it was a “positive” thing that helped alleviate those bad feelings.

We want to blame our damaged hearts on the pandemic and the election and the division in the political parties. Those things are not the problem, we are.

Yes, some of our intake is passive. When you are out in the world you are going to get germs on your hands and garbage in your heart. Just don’t let either of those take root. Wash your hands, and if you are going to actively ingest garbage, get rid of it as soon as you can.

If you switch to a plant-based diet for your health, you will face a few days of withdrawal from the foods you were eating. But in a fairly short time you will miss those things less. Soon your tastes will change, and you’ll actually desire healthy food.

I know this for a fact because I sort of switched to a plant-based diet. That is to say, my wife switched. I’m not as careful about it as she is, or as committed. But when I heard myself tell her one evening that I wanted a salad for dinner instead of a hamburger, I knew something had changed.

The same thing can happen to you with what you watch on TV, with what you read, and with whom you associate. (That includes your favorite talk show hosts and newscasters.)

Notice that I’m advocating a switch, not a “stop cold turkey” approach. We need interaction with others, we want to be informed, and we need to grow. 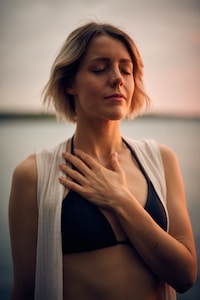 First, change your “diet” to make it heart healthier. “Original programming” is a dangerous phrase when streaming movies or TV, for instance. It’s like reading the labels on food you buy. Learn to be careful with your intake.

Second, make sure you have a lot of positive input. Read great literature, read the Bible, watch uplifting movies with happy endings, and hang out with people who are wise. In fact the Bible has a book of wisdom (Proverbs), which includes this verse: “Walk with the wise and become wise, for a companion of fools suffers harm.”

Third, stop sharing garbage with others. We all cover our mouths with masks now to stop the possible spread of COVID-19. How about if we just keep our mouths shut to stop the certain spread of garbage to other people’s hearts?

Let’s be the good kind of garbage collectors and dispose of all that trash in a healthy and responsible way. I guarantee that every one of us who does that will be doing good and making the world a better place to live.

Are you passionate about something? I hope so.