The country is facing a time of uncertainty and a limit on the kinds of activities people can do. Chicago Century Club founder Xaver Walton stepped up and started a bike club. The club focused on changing the conversation regarding Chicago’s minority communities. 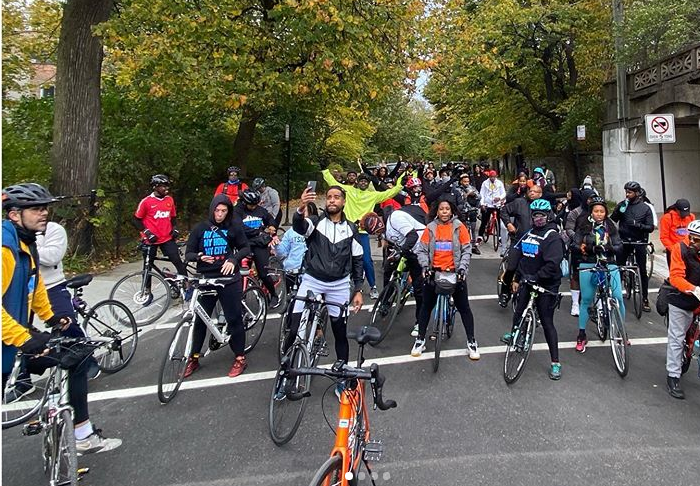 Xaver Walton started out doing rides with some people on Thursdays during the summer. He then expanded into doing rides with friends. He started with visits to different ice cream shops throughout Chicago and Black-owned businesses.

Walton continues to see the group’s membership increase. Walton runs this group while being an educator and basketball coach. He curates these rides around themes and leading groups on a trip around Chicago’s six sports teams stadiums. As his group began to grow, he also started to do 100-mile rides.

The bike club has started to gain attention and fame on social media.

The club has started gaining fame across social media and recently earned a sponsorship with Trek Bicycle Chicago Wicker Park. Club members receive discounts for gear. Some people joined the club as a way to stay in shape mentally and physically.

Club member Georgiana Davis told SixtyPlusCycling: “Someone I met was, like, ‘Hey, there’s a group of a bunch of Black and Brown folks, and then Coach [Walton] was mentioning a ‘century ride,'” Davis said. “I used to cycle to commute to work, the gym, and also yoga. I don’t have a car, so my bike is my car.”

Davis said she would continue to ride as long as she can.

It’s good to see a community come together and support local minority-owned businesses. Are you also a member of a community bike club? Share your stories and comments in the section below.

How Celebrities Like Lady Gaga, Rihanna & Others are Helping Fight Health Crisis

NextGig Helping Retrenched Employees Who Got Fired Find A Job

Massive Montreal Garden Can Feed 2% of the City