A 70-year-old Air Force veteran stepped up and saved the day after his neighbor’s house caught on fire. Marshall Helm was on his way to a bus stop with his granddaughter when he spotted the smoke and flames from his neighbors home. 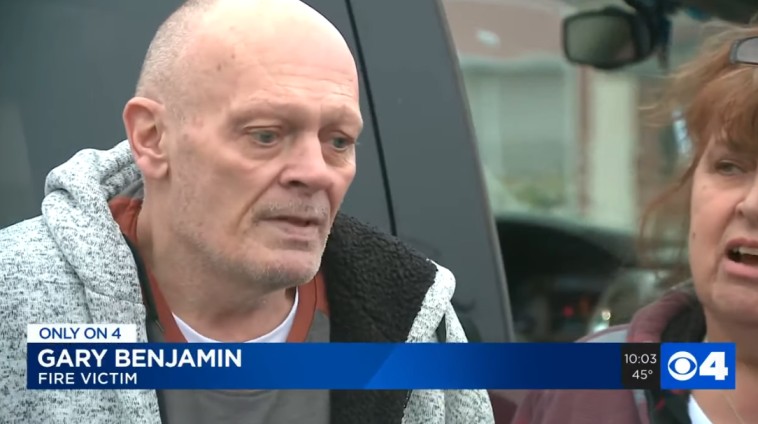 The veteran ran to the home and quickly opened the garage door. The Vietnam veteran took matters into his own and pushed through the flames and into the house to make sure his neighbors were safe.

His neighbors Gary and Kathy Benjamin were sleeping and awaken by Helm shouting at them about the fire. The couple managed to quickly escape the fire through a backdoor just as the flames were filling up the garage door.

The couple managed to escape with only minor smoke inhalation. While they did lose their home to the fire, they are just grateful that Helm saved their lives. On KMOV, the Benjamins called Mr. Helm their lifesaver, hero, and angel.

Mr. Helm acted swiftly, putting his life on the line, even as he battles cancer and not even hesitating for a second.

Helm told a local news station that he didn’t even think twice about running into the burning home to help his neighbors, even though he’d never met them before, and he said he’d do it again.

It’s good to see neighbors helping neighbors. Mr. Helm deserves all the praise and appreciation for his swift actions. Benjamin’s son Nicholas started a GoFundMe campaign for his parents as they attempt to resettle after this horrific incident.

Share your comments and thoughts in the section below. Have you witnessed something similar in your community?