The title I used, For Whom The Bell Tolls, is familiar to some, foreign to many, and understood by few. For many years I thought of it only as the title of a book by Ernest Hemingway that I had not read.

In fact it is still the title of book by Hemingway that I have not read, but I learned about the title he used when I came across it in another book called “The Great Thoughts.”

Published in 1985, that book pulls together ideas from hundreds of men and women over the centuries. The ideas, all in short form, are presented under the author. The authors are listed alphabetically, from Peter Abelard (1079 – 1142) to Ulrich Zwingli (1484 – murdered, quartered, burned 1531).

There are thoughts from kings and queens, from philosophers and revolutionaries, from popes and atheists. Some thoughts precede the birth of Christ, a few are modern. Leafing through the book I find many unknown names and quite a few that I know something about.

One of those in the latter category is John Donne. I’d heard his name a few times over the years, but when I 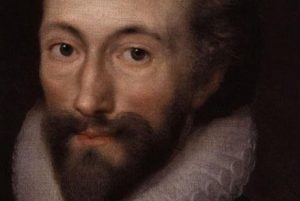 saw it in print I didn’t recognize it. That’s because it looks like it should be pronounced DON, but it’s actually DUN.

And when I came to one entry under his name I learned something else, something important. Here it is in the English Donne used in 1623. It’s a little more work to read it this way, but I think it increases the connection, so give it a try.

No man is an Iland intire of itselfe; every man is a peece of the Continent, a part of the maine; if a clod bee washed away by the Sea, Europe is the lesse, as well as if a promontorie were, as well as if a manor of thy friends or of thine owne were; any man’s death diminishes me, because I am involved in Mankinde, and therefore never send to know for whom the bell tolls, it tolls for thee.

The bell that is tolling is the death bell, ringing out that someone has died. No need to ask for whom the bell tolls, Donne says, it tolls for you.

Any man’s death diminishes me

Why does the bell toll for you and me? Because we are “involved in mankind.” When anyone dies, it is our loss. Thus the line, “any man’s death diminishes me.”

How do I shift my view to make it broader? Donne’s brilliant devotion helps in two ways.

First, it causes me to consider that people I do not know and will never know are part of my life. Second, my thinking is deepened by John Donne himself, the man who wrote this particular piece 497 years ago. His life enlarged mine, and that is a great example of how this works.

I think how often my life has been enlarged by men and women of various times and races and faiths and positions, and I am thankful for them all. And I think how my life has been diminished by the deaths of old people and babies not yet born. I just don’t think about it enough.

I recently came across a Christian author who wrote about “the sin of individualism.” That wouldn’t have made him popular with all those mothers and fathers who said to their children, “You can grow up to be anything you want to be.”

At the very least I take exception with the idea that individualism is a sin. Feel free to argue with me about that in the comments, but I won’t go into it more here.

So which one is right? Neither, and both. 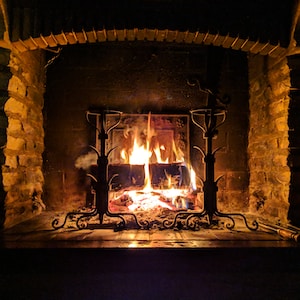 There’s an old story about a fellow in a rural area who got upset with his church and stopped attending. The preacher went to see him one winter evening, and as they sat by the fire the fellow said he could worship God just fine in his woods. He could talk to God, admire creation, and read his Bible.

The preacher didn’t answer but instead used tongs to pull a log off the fire and put it on the hearth. They both watched as the log lost its flame. The fellow looked at the log, then at the fire, then at the preacher, and said, “I’ll see you Sunday in church.”

Both individualism and collectivism are required. They should be intertwined in a way that can be seen in a play on the football field, the baseball diamond, and the basketball court. Eleven, nine, or five individuals come together as a whole.

Want to do good?

If you want to do good, be a part of the whole. You don’t have to join a team, you’re already on one: you are part of humanity. Make it better. Enlarge lives by using your gifts and talents, by saying thank you, by smiling at people and meaning it.

And if John Donne or anything else in this post enlarged your life, know that I am thankful. You enlarge my life just by subscribing, and I really do appreciate you.

And by the way, so do the other 7 billion people on earth whose lives you make better.

In-N-Out may be Out inside, but they are definitely In