Since November 8 we have heard it said many times that Joe Biden is President Elect. Mr. Biden himself says so.

That sounds reasonable, because the people who “call” states for one candidate or the other in presidential elections have said that Mr. Biden has secured (in their belief, but they don’t add that part) the requisite number of electoral votes to become the next president.

Never mind that Mr. Biden himself said in the first presidential debate that he would not declare victory until the results were independently certified, and that as of this writing (11/12) only seven states have been certified. Victory has been loudly and frequently declared by Mr. Biden and many others.

It could well be that Mr. Biden will be #46, but there are scenarios where he might not be and Mr. Trump would continue as president. I don’t know what will happen, but I do know what I’m hearing.

In the Do Good U News this week I quoted William James, the father of American psychology. He said

“There is nothing so absurd that it cannot be believed as truth if repeated often enough.” 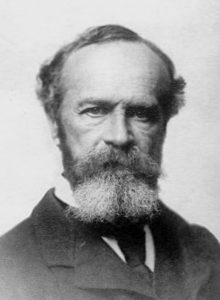 I don’t mean to imply that Mr. Biden becoming president is absurd, or that Mr. Trump retaining the presidency is absurd. You may well believe one or the other — or both!

What William James is saying is that if you say something enough times some people will believe it, no matter what it is.

Both campaigns understood the power of repetition, and both used it in the months before the election. The Democrats used it more effectively, partly because they had media and pollsters helping them make their claim that Biden would win in a landslide. They also had social media on their side, silencing the claims of the Republicans.

Now they are using the same repetition technique, and using it well, to get everyone to accept a Biden victory. Even staunch republicans I know are, slowly but surely, believing it.

Voices in our heads

I ask people all the time, “Do you think there is enough good in the world?” Not one single person has ever said Yes. When I ask them what they are doing about it, some tell me they are doing good wherever they can. Most say honestly that they hadn’t really thought about it. 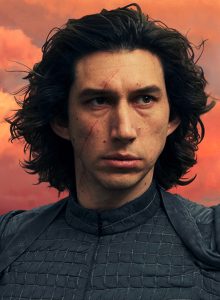 One thing we can all do to reduce the amount of evil in the world is to stop listening to it.

It’s been a long time since I saw the first Star Wars movie, and I still haven’t seen all of them (my bad), but a theme that is often repeated is good guys turning to “the dark side.” In many of the cases, as I understand it, voices are involved. Ben Solo, nephew of Luke Skywalker, started hearing a voice in his head when he was young. Finally he gave into it.

Do you hear a voice in your head? Does it sound soothing and pleasant and familiar? Do you trust it? Is it saying things that sound intelligent? If you want that voice to stop, turn off your TV — it belongs to a “news” caster. That voice is saying: Come to the Dark Side.

Responding to good and to bad

There is another psychological oddity in play here, and that is that people tend to respond with deeper emotions to bad news than to good news. Even in golf.

I confess that I have thrown a golf club or two in my decades of playing the game. Not one time have I ever thrown one in joy. Why not? For every golfer, a bad shot that was not all that bad might cause an outburst of emotion, while a good shot that was absolutely great — a hole in one, for instance — only causes a big smile.

(If you want to play better golf, turn that around and start responding with no emotion to the bad shots and with a lot of emotion to your good shots.)

If you did, I apologize a little. But only a little, because I want you to remember two things:

But should we be? Mostly, I think, the answer is no. At least not afraid in the ways being pushed by the media. When was the last time you saw a COVID report that said, “Yay!! Deaths are way down!” Never, is when. Or if you did, that was accompanied by a “But a second wave is coming.” Read this excellent article (completely a-political) for a far more balanced perspective on COVID-19.

The news media focuses on the bad news because they know it touches us emotionally, and they repeat it so we’ll believe it. News outlets are hurting financially because of competition, so they focus on bad news to keep their followers, keep their readers, and stay alive.

It will save you money on broken golf clubs, and it will make the world a better place.