A few weeks ago Politico, an online magazine about things political, published an article called “What Trump Showed Us About America.” Only the opening five paragraphs were written by staff. For the rest of it they asked a question of 35 people. They didn’t ask me, and I think they missed something big, so I’m volunteering my answer.

The opening paragraph states the goal and the question:

The world has spent the past four years obsessing over President Donald Trump: his biography, his ideology, his speech, his tweets, his moods, his health, his hair. But what did the Trump era teach us about ourselves, and the country he was elected to lead?

Of the 35 respondents, perhaps five of them would be considered “conservative voices” while the rest would be neutral or liberal or left leaning. That fits with Politico, and I have no issue with their stance on politics.

They do have some good writers, and although I am generally conservative I actually want to know what everyone is saying, and why. So I read articles on The Atlantic, Politico and The New York Times, knowing I’ll get an opinion that is more likely liberal than conservative but is well presented.

Even though the question was not about President Trump, a few writers couldn’t resist an opportunity to comment on the person. But generally everyone answered the question asked. Based on their answers, we’ve learned a lot — and not much.

The first response in the article is from a professor and author. She is admittedly a member of the cultural elite, which is not a pejorative term but sounds like it should be. The takeaway statement pulled from her answer is: “The cultural elite are inexcusably unaware of the challenges and perspectives of many others in this country.” And she’s right.

A Columbia law professor implies we were saved from Trump becoming a dictator because “Internalized constitutional norms matter more than any external checks.”

Internalized constitutional norms? Could it be that this fellow is on the right track and doesn’t even know it?

But I loved and hated the next answer, this from a tech writer: “In the digital marketplace of ideas, where most of us now get our news, falsehoods go viral while facts go begging. An extensive MIT study of Twitter posts, published in Science in 2018, found that fake or otherwise misleading news stories are 70 percent more likely to be retweeted than truthful ones.” Golly.

The Elephant in the Answers

Rather than go through the whole article, let me just say that many of the answers were thoughtful and thought provoking. But 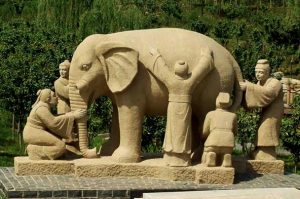 most of the answers reminded me of the old story about an elephant and five blind men.

The blind men were supposed to describe the elephant. One said an elephant must be like a tree. He had grabbed a leg. Another, who had hold of the tail, said an elephant was like a rope. And so it went, with each man describing only what he felt.

So it was that one writer who really dislikes Trump cannot understand why so many people do like him, and concluded that he doesn’t understand America at all. An immigrant said we’re biased against all immigrants. A fellow who is an expert in culture said we’ve learned that the cultural generation gap is widening.

Several people wrote about democracy and how we need to embrace it more, lest it slip away or just plain die in America.

All of these may well be legitimate concerns and accurate assessments, but not a single one of them mentioned what I saw over and over in the last four years, and even before then.

What I learned about America is that it is less and less a country of morality. If that trend continues, the America we know will die or be overthrown.

George Washington, along with other founding fathers, noted that democracy could quickly become anarchy unless the American people had a strong moral grounding. He saw religion as the source of morality. He cautioned that we should not “expect that National morality can prevail in exclusion of religious principle.”

John Adams wrote, “Our Constitution was made only for a moral and religious people. It is wholly inadequate to the government of any other.”

Why did not one single person out of 35 write that answer? I can’t be the only one who has noticed the decline of religion and the consequent decline in morality.

How To Get It Back

The sad truth is that many people do not want the kind of morality Washington and Adams spoke of to be as prevalent as it once was in America. Others look back longingly for it. 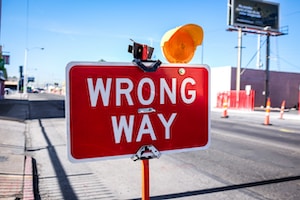 Morality is making a distinction between right and wrong. When it comes to actions we call that good and evil. All of that implies that there must somewhere be a standard that helps us know which is which.

We all know these things, and morality will come back to America, to politics, to business, to reporting, when we begin to apply them ourselves.

Morality cannot be legislated, but it can be taught. It cannot be forced, but it can be grown. All we need for morality to come back is for every one of us to practice it. Then morality will spread and flourish, and our democratic republic will work again.

Whether you are a conservative or a liberal, if you want America to be great then help America be moral. Do good. It makes a difference.