I don’t know where the photograph above was taken, but I’m betting it was in a church. Further, I’d bet that the church has “Community” as part of its name. If we’re still betting, I’m saying this shot was taken during a praise and worship time.

Whether or not my inner Sherlock is right, I like the picture. It’s well framed and shows actual evidence of community in a place that calls itself a community.

And that leads me to my title: Community: an under-practiced idea.

I sat down to write about community and “woke up” my computer. Immediately an email popped up with a graphic block that said “Welcome to the ____ Community!” Seriously.

Of course the very first sentence in the text block was (you guessed it), “Welcome to the ____ Community!”

It went on to tell me why I got this unsolicited invitation and all the cool things I would receive as a member. Finally it said, “Don’t want to join the community? Opt out here.”

Besides the timing, the funny thing was this: The company that sent the email specializes in behavioral science, including social psychology.

Hmmm… were they using social psychology on me? You bet they were, and community was the hook.

I kid you not, the very next email I saw had the subject line, “Your community has grown!” This one came from a company called Alignable, and some of you may be members. I joined at the request of a friend about six years ago, right after it started, and I should use it more.

But two “communities” in a row got me thinking.

So I searched my email for the word community, and 2,583 messages showed up! They were from churches, from radio stations (remember radio stations?), from magazines, from Apple and Adobe and AT&T. Friends used the word, and so did golf companies and fitness clubs. So did I. 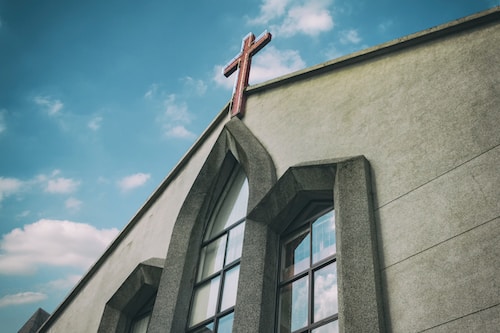 I’m a big fan of community. I believe we were created to be in community, and I have experienced community in ways that are amazing. You probably have too.

The beauty happens when the members of the community agree, either explicitly or implicitly, to work for the good of the whole and then do that. Because of the ebb and flow of life, there will always be those in the community that need help and those that can give help. But communities break down when people are only takers and never givers.

Everyone has something to give, and in a community that is what they do.

One of the most beautiful stories of this happened in a suburban Chicago church in the early 80’s. The leadership learned that one of the members needed some money, so they went to the community. At the end of a Sunday morning service, a leader told those who were there that someone in the church had a financial need. No reason or amount or name was given — but we’ll call him Bob. A prayer was said, an offering was taken, and the people went home.

Acts 4 in the Bible describes the community at the beginning of the church. Verse 32 says:

Now the full number of those who believed were of one heart and soul, and no one said that any of the things that belonged to him was his own, but they had everything in common.

This was not communism and it was not socialism, it was community. Everyone had control of their own possessions, but “they had everything in common” because they shared freely.

The key to the verse, the key to community, is not in the financial sharing, it is in being “of one heart and soul.” That is what made them a true community.

Everyone in a community like that wins. Just ask Bob.

If the church written about in Acts is the model for community, how far short of that have we fallen today? I don’t mean just in churches, I also mean the community of humankind.

In this week’s newsletter there is a quote from Dwight D. Eisenhower, which says:

“This world of ours… must avoid becoming a community of dreadful fear and hate, and be, instead, a proud confederation of mutual trust and respect.”

That was from more than 60 years ago, and since then we have only fallen deeper into “dreadful fear and hate.” Too many communities today appeal to hatred as their common bond. (Really any is too many.)

Is it possible to restore that kind of community? I believe it is, and it can start with us. All that is required is for each of us who are citizens to care more about the community than we do about ourselves.

We will be doing that when we stop being takers — even though from time to time we need to be receivers — and become givers. Together, in community, we can do incredible good.