My friend and his wife and I were playing golf. It was a beautiful day, and almost all was right with the world.

Someone on the driving range was ignoring a safety rule, and we were on the fairway adjacent to the range when a ball came flying in, hitting the ground several yards from my friend’s wife.

Fortunately, none of us were hurt. But my friend was upset and asked, “Why do we even have rules? No one pays any attention to them. They just do what they want.”

I agreed that in many cases “doing what I want” seemed to be the predominant behavior, especially where there were no consequences for failing to follow the rules. Then I mentioned a conversation I’d had recently with a city policeman.

Some officers, he said, were were making fewer stops because of COVID-19. “That is not good,” my friend said. “Good to know,” another friend said. (I’m pretty sure he meant it as a joke.)

Why do we even have rules?

The simple answer is that we have rules and laws for our collective benefit and protection. 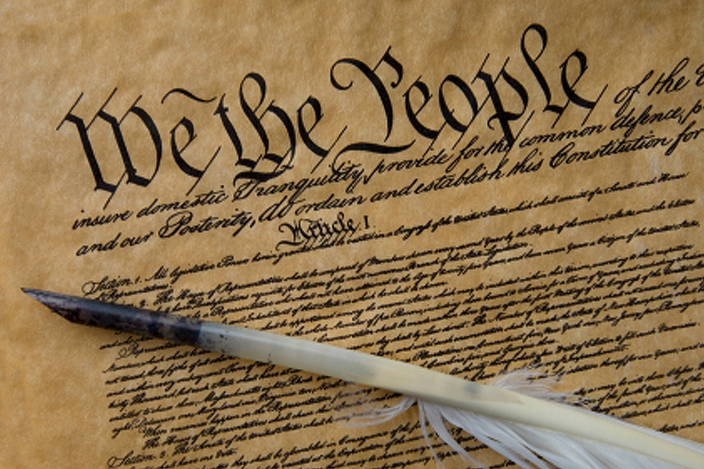 On the other hand, the right to free speech doesn’t allow someone to walk into a crowded theater and yell “Fire!” when there is no fire.

High tech isn’t the only place that limits what you can say in their space — places of higher education do the same thing. Here are some words that are “banned” at actual college campuses: crazy, insane, fake news, where are you from?, lame, gay, invalid, male, female, and politically correct. (A marvelous example of irony, that last one.)

The problem with banned words, of course, is that rules like that are not for the collective benefit. In my opinion, banning particular words does not benefit anyone, even those who say they are (and may be) offended by some particular word. Hate speech is one thing. This is something else.

Laws and rules that are made for the benefit of the few to the detriment of the many are generally bad laws and rules. My first encounter with laws passed to help a minor part of the population was the ADA — Americans with Disabilities Act of 1990.

From the first draft in 1988 I knew this law was going to cause me some headaches. Why? I was in the tennis and athletic club business at the time, and it meant we would have to build ramps for wheelchairs, make adjustments to our locker rooms, and change some parking spaces, just to name a few things.

But it was a good law, and even though it caused me some pain and cost money to implement, it was the right thing to do. Its primary benefit was for a minor part of the population, but it was a benefit to everyone.

We don’t seem to take that into consideration when we make laws and rules today.

What laws can and cannot do

Laws with serious consequences that are likely to be enforced are generally obeyed. The Code of Hammurabi is perhaps the oldest known written law. The consequences listed were often harsh. For instance a doctor who killed a rich patient and was convicted of malpractice would have his hands cut off.

The Ten Commandments, an ancient law known even today, are written without explicit consequences attached to them. But the fact that they came from God rather than man gives them weight and dignity.

One thing man’s laws cannot do is make people moral. The old phrase is, “you can’t legislate morality.” In fact the best laws depend on a moral people. John Adams famously said, “Our Constitution was made only for a moral and religious people. It is wholly inadequate to the government of any other.”

What good laws can do, though, is keep us unified, protect us from ourselves, and create benefits for all those who are under those laws.

To the question of which will serve mankind better, more laws or morality, the answer is obvious. Laws and rules can be and often are useful, but only as our servants and not as our masters.

You may know that Jesus was crucified, but you may not know that his opponents tried to use one of God’s laws to kill him. One of the Ten Commandments is to keep the Sabbath day holy. No work was to be done on the seventh day.

Jesus, however, knew that “the Sabbath was made for man, not man for the Sabbath.” Still, when he healed a man on a Sabbath day his opponents began to plot to kill him for the “work” he had done — speaking a few words.

It is good to keep the law, and it is especially good to keep God’s law. And it is very, very good to be a person of high moral character.

You’ll be amazed how much better life is when you live it from a moral and not just a legal foundation. Other golfers, the police, and even God will appreciate you.