“A good name is to be chosen rather than great riches.” King Solomon, the wisest man ever, wrote that.

He wasn’t talking about choosing a name for your company or your baby, he was saying that having a good reputation is more valuable 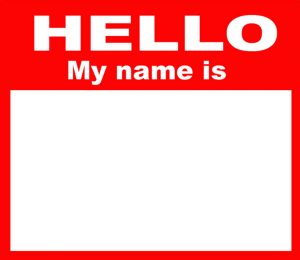 than any amount of money. But if he had been talking about marketing, he’d be impressed with some of the things that are current.

One easy example is Black Lives Matter. That’s a good name for many reasons, not the least of which is that the statement is absolutely true. It would also be true to say White Lives Matter, Young Lives Matter, or even Christian Lives Matter. Of course the folks at BLM don’t want people saying those things, which helps us understand that the organization is not about lives.

Consequently Black Lives Matter has a good name by marketing standards, but not by reputation standards.

Another good name with the same kind of issues is the Patient Protection and Affordable Care Act. Everyone I’ve ever talked to about the topic believes this: health care should be affordable and accessible. I just stated the goal in 7 words. The Affordable Care Act, including final regulations, contains about 11,588,500 words. 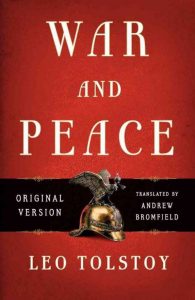 Names are powerful in that way. We like the first thing we read, and we say to ourselves, “This sounds good.” Someone tells us it is good, and we believe they must be right. After all, the name is good.

When the Affordable Care Act was being debated, and even after it became law, opponents understood that the name was well crafted. They knew it helped gain support for the law, and they responded by calling it Obamacare. I can still hear people using the “unofficial” name with more than a hint of sarcasm.

Either way it proves that naming something has an impact on how people feel about it. We know that. I want us to be aware of it.

The Equality Act is another piece of legislation with a good name. I mean that, once again, in the marketing sense. Why? Most thinking people want equality. The Declaration of Independence, finalized on July 2, 1776 and ratified on July 4, recognized the equality of all.

Yet here we are, almost 245 years later, considering something called the Equality Act. I have read this one, and it is not about equality, it is about inequality. In fact it should be called the Sex Act, but I get how that might be misunderstood.

The Civil Rights Act of 1964 was and is important. According to History.com it “ended segregation in public places and banned employment discrimination on the basis of race, color, religion, sex or national origin.” That is all good. The Equality Act tries to piggyback on that law by amending its language.

The most common amendment is to modify the text to include “sex (including sexual orientation and gender identity).” To ensure the point is not missed, the Equality Act includes this language:

“An individual shall not be denied access to a shared facility, including a restroom, a locker room and a dressing room, that is in accordance with the individual’s gender identity.”

As John Stonestreet wrote on BreakPoint.org, “To be clear, you should only care about the Equality Act if you are a Christian, or a person of faith, or a woman, or own a business, or run a non-profit, or go to school, or teach at a school, or are a medical or mental-health professional, or (especially) are a female athlete, or under the age of 18, or ever use a public restroom.”

For many years I have had friends who are part of the LGBTQ community. I don’t personally know anyone who is biologically male or female and identifies as the opposite sex. Even though I might not understand someone’s choices and decisions regarding their gender, I don’t believe they should be discriminated against. 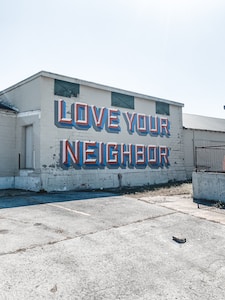 This law, though, is not the way to fix that problem. In fact this law goes beyond protecting some people from discrimination and creates discrimination against many others. Making laws that hurt more than they help is bad policy.

Part of the problem is that we have little dialogue today. Once upon a time we could discuss issues in a public forum. Senators used to debate on the senate floor then go to dinner together. Without the free exchange of ideas, we should expect bad legislation.

At Do Good University we are in the business of teaching individuals and companies to do good. My message to my senators as they consider H.R. 5 is twofold. (1) You cannot legislate morality. (2) You cannot write a good law from only one side of the aisle. H.R. 5 is an attempt to do both of those things, and it shows.

I’m not a lawyer, so I won’t rewrite H.R. 5. What I will say is that there is a law already in place that covers the important parts of H.R. 5 without violating the freedoms of others. In addition to that there is a strong suggestion, following on the heels of the law, that could be thought of as a “regulation.” If everyone would follow these two, we would be far better off. Here they are.

Love God and love your neighbor as you love yourself.

As much as you possibly can, do good to all people.