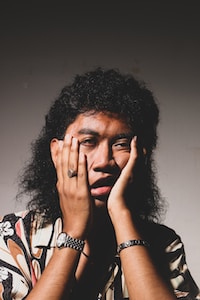 There is plenty of bad news in the media. Apparently, that is not new.

My wife is in the process of “cleaning out the garage.” That means she is going through bins of saved photographs, saved newspapers, and other memorabilia. We inherited most of that, we didn’t collect it ourselves.

As she finds things that are interesting, she comes in and puts them on my desk. And there is a lot that is interesting! I may come back to that one day, but for now I want to focus on one newspaper article from January 28, 1975.

The paper was the Carmi Times, published in the small town of Carmi, Illinois, situated about 40 miles west of Evansville, Indiana. I grew up in that town, and my wife’s family moved there from just a few miles away. My mother-in-law saved the article, and I’m glad she did. It gives us some much needed perspective.

Here, in it’s entirety, is the front page story, including the headline. Copyright © 1975, Carmi Times. 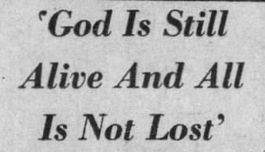 world and brought forth a chorus of faith in the Almighty.

Joe Filkins Sr., 54, a butcher, addressed a letter to the West Frankfort Daily American (a sister newspaper of the TIMES) earlier this month, decrying the daily deluge of “bad news” which seemed to dominate the newspaper.

Filkins challenged the DA to publish a headline asserting that “God is alive, and all is not lost.” The newspaper did just that in its Jan. 19 issue. (The editor added “still” to the headline.)

The Associated Press and United Press International quickly picked up the story for distribution to their members nationwide, and it appeared in publications ranging from the Miami Herald to the Los Angeles Herald-Examiner, from the Kankakee Daily Journal to the Amarillo News-Globe. Radio and television stations also relayed the story to their listeners and viewers. Stars and Stripes, the serviceman’s newspaper, printed the story in its overseas editions.

Reaction soon began streaming in to the Daily American and to Filkins. A radio station from Hammond, Ind., approached the by-now-famous letter writer, and a Chicago station interviewed his wife. People stopped by the Mt. Vernon store where he works to congratulate him and express their sympathy with his opinions.

Letters poured in thanking Filkins for saying something that people obviously felt should be said. A priest in Nationalist China wrote that the paper had printed “its truest headline ever;” a serviceman in Germany wrote that “I knew that God was alive, but it did me a lot of good to see it in print.”

Mrs. Ernest (Sallie) Fechtig, who teaches a Sunday School class in Carmi, wrote for copies of the newspaper to share with her class. Churchmen from Georgia to Virginia wrote of the “refreshing” nature of the headline.

One California lady said “this is the nicest thing I’ve read in a long time—God bless you for re-establishing my esteem for the news industry.”

Letters, phone calls, interviews—all resulted from the desire of one man to see something reassuring in print—some “good news,” for once.

Ironically, the letter would never have reached the newspaper—or the public—had it not been for the influence of what Mrs. Filkins believes is a “divine hand.” Filkins threw the letter away shortly after writing it, believing it unworthy of being printed. But his wife retrieved and mailed it, nonetheless, in hopes that it might bring results.

And that it did! 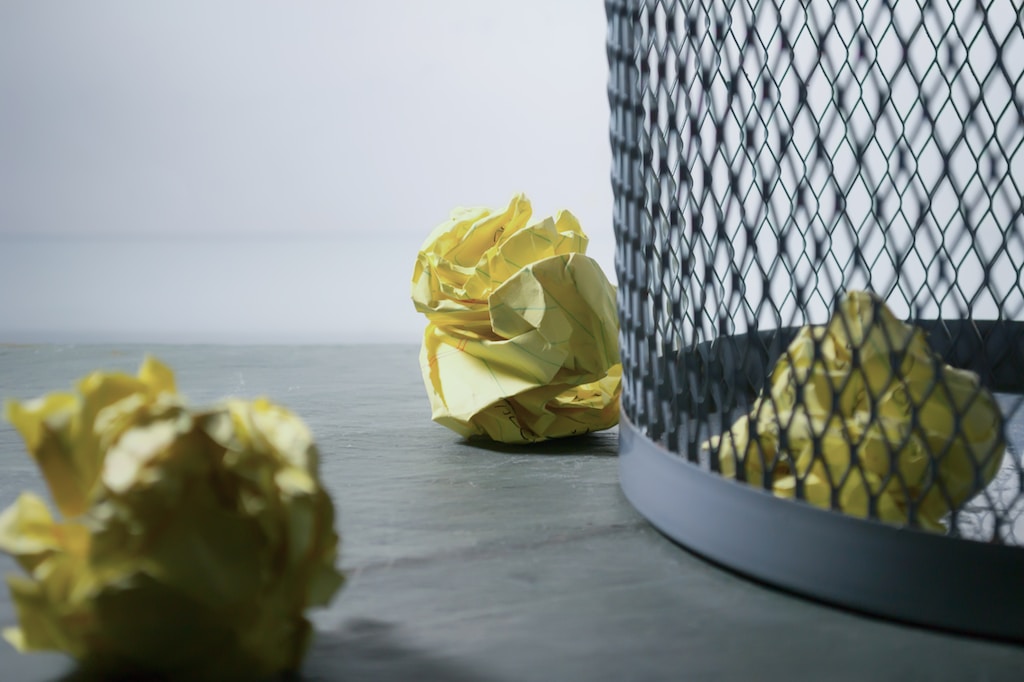 When Mr. Filkins’ wife pulled the letter out of the trash and mailed it, what did he think?

“You did what? There is no way they’re going to do what I asked. People will laugh at me.”

“No they won’t, Joe. I think people will appreciate what you’re asking. And if they don’t print it, so what. At least we tried.”

I like that Mrs. Filkins called her actions the result of a “divine hand.” My inclination is to agree with her. Maybe it was one of God’s PR angels that was on the job, making sure the letter was sent. I’ve heard it said, in fact, that “God works in mysterious ways, his wonders to perform.”

That phrase is not (I’ll wait if you want to go look) in the Bible. But God still works in ways we wouldn’t have chosen ourselves. This is what he told Isaiah the prophet. (Isaiah 55:8-9)

However it happened, it happened, and suddenly people around the world heard it proclaimed that “God is still alive and all is not lost.”

Do you think you could get your local newspaper to print that headline today?

If you could, would it have the same impact? Would it get the same reaction? Would anyone care?

In truth, you have the power to turn the news good. You can make the world “gooder.” You can be an influencer, even without a Twitter account.

That headline from 1975 is still true. Things look bad because that’s what the media in general is going to talk about. But there is so much good in the world, and so much good is happening right this minute, that we need to buck up. Let’s not despair when almost everything we read in the papers or see on TV is bad news. Consider the source, and understand.

And wherever you go, be the bearer of good news. There is a lot of it on this web site, and on others. And if you can’t think of any other good news you can always say this:

God is still alive and all is not lost.

Virtue Signaling: Not quite good