Bernie Madoff was just 12 years into a 150 year prison sentence when he died. For some, he should have suffered longer. For others, good riddance. A few are more sympathetic, feeling some sorrow for the man who stole somewhere around $20 billion dollars.

They point out that all but $6 billion of that has been returned to investors, and also that he lost a son to suicide over this. Bernie is not the victim here, and he is not the good guy. Many investors, even those who recovered some of their funds, had their lives ruined by this man. I’m sure he suffered some emotional pain in all of this, but he was the cause of it. 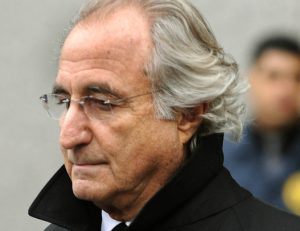 I don’t know anyone personally who lost money to Madoff. I never met him, but I have met people like him. While Madoff swindled more people for more money than others have, the amount is not really the issue. The battle between good and evil is.

Writer and comedian P. J. O’Rourke, in a mostly serious statement, nailed it.

Anyway, no drug, not even alcohol, causes the fundamental ills of society. If we’re looking for the source of our troubles, we shouldn’t test people for drugs, we should test them for stupidity, ignorance, greed and love of power. 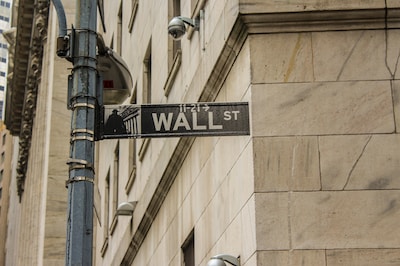 Gordon Gekko was not a real person. He was a fictional character in a movie called Wall Street, and he was played by Michael Douglas.

The speech he gives that includes the “greed is good” phrase can be seen online, of course, but I don’t recommend it. Why not? The whole thing is a justification for something that is decidedly not good.

In an article on ThoughtCo titled “Greed Is Good or Is It? Quote and Meaning.” Kimberly Amadeo goes back and forth between it is good or it isn’t. But she only tests the possibilities based on financial results. Many who think about greed and most who are greedy do exactly that, including Madoff.

At his trial Madoff expressed regret — he said he was “deeply sorry and ashamed” —  but those who knew him best had stopped buying.

The judge in Madoff’s trial said “Mr. Madoff’s crimes were extraordinarily evil.” He noted that they took “a staggering human toll.” That is the part Gordon Gecko missed, and the part the media misses. It is easy to talk about dollar amounts, but of all the reports I’ve read about Madoff, very few have talked about the human toll.

We must not miss it ourselves, because greed always costs far more than money.

Greed is alive and well, and not just on Wall Street

The love of power is a form of greed, and if you’d like to witness it in person just hop on a plane to Washington D. C. I’ve written recently about power corrupting, and you can see it there every day.

When I heard that some there were talking about trying to add four seats to the Supreme Court, I said (cynically), “Shocker!” It is a clear love-of-power idea that has nothing to do with helping the country. As the idea is discussed in the media and elsewhere, you will hear all kinds of arguments trying to justify it.

And if you listen carefully, they will sound very much like Gordon Gekko’s argument for greed being good.

Perhaps talking about the machinations of politicians isn’t your cup of tea. Get back on the plane and take a nice relaxing trip to Silicon Valley. You can land in San Jose, California, a place I know very well, and will be within reach of both financial greed and political power greed.

The thing I’ve noticed is that those who succumb to the one often succumb to the other as well. Facebook, Google, Apple, Twitter, et al, have made many people extraordinarily wealthy, just as the California gold rush did almost 200 years ago. A lot of those people have been able to handle it with aplomb. Others, especially some in power, have given in to the dark side.

Have you been tested?

Most of the people I know who have been tested for COVID-19 already knew they had it. Not everyone, of course, because most tests were negative. One friend went to be tested because his wife was pretty sure she had COVID. He went along for support and found out he had COVID. She did not.

I wonder if being tested for greed (or ignorance, stupidity, or love of power) would be like that? Just do a little mental test and see what you think.

Do you covet someone else’s money or house or car? How about their golf clubs or their boat? Does power grab you and whisper in your ear, “Get more of me!”?

If you want those things, whether they are material or positional, would you be OK with getting them at someone else’s expense?

How does this affect us?

By now you know there are a lot of evil people in the world. Bernie Madoff was one of a multitude, and he fomented more evil than most, but others are out there who admire what he did. Right now, I suppose, someone is devising a new Ponzi scheme intended to top his.

I just received a phone call telling me that the IRS (or was it the SSA?) was going to lock down something or other and it was going to cost me. That’s called phishing for a reason — and we are the fish to be caught.

People fall for evil schemes every day. All of us need to be aware that evil exists and that it can get to us. The way to combat it, of course, is with good.

When it comes to any area where there is a strong possibility of doing  good or doing evil, I am responsible for choosing good. I should call out evil where and when I see it, but I should not just point and walk away. Even if I am not affected directly, as in the case of Madoff, I need to do my part for good. So do you.

As Edmund Burke said, “The only thing necessary for the triumph of evil is for good men to do nothing.”

Do good. It’s in you. And the world needs it.

The Penalty of Leadership