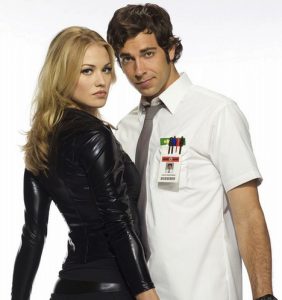 From 2007-2012 there was a TV series called Chuck. The title character works in a Buy More (a thinly disguised Best Buy). He’s part of “The Nerd Herd” (equally thinly disguised Geek Squad).

One day he gets an email from his former best friend in college, and when he opens it a massive amount of government secrets are downloaded into his brain. Turns out his former friend was a spy and he sent the data to Chuck to keep it safe.

So the government assigns a drop-dead-gorgeous female agent and a burly-tough-guy male agent to protect Chuck. In the meantime, he’s still a nerd in a Buy More. Fun show, and I’m rewatching it for the “nice factor” missing in so many shows today.

Anyway, in one episode the manager of the Buy More (Big Mike) gives some advice to an assistant who is getting no respect. “If they won’t listen to you, make them fear you.”

The assistant asks how to do that. Big Mike tells him to “find the weakest one in the group and then POUNCE!” That sends a message to everyone — fail to fall in line and you will suffer.

And now we’re back to today, because I’m pretty sure the leaders of BLM and the LGBTQ+ movement and several other groups must have seen that episode of Chuck.

Fear as a manipulator

Not to pick on “leftist” groups, because groups on “the right” are there too, including white supremacists, etc. But I will say that the people on the left in America play the fear game very well.

Fear as a manipulator is as old as recorded history. Let’s go back in time through my favorite ancient text, the Bible. Examples begin in the Garden of Eden, but I’m picking one that is a little “newer” and only has to do with politics. Besides, this one is fairly well known. 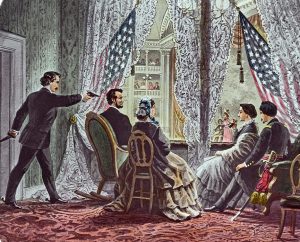 It’s about a fellow named Jesus and another fellow named Pontius Pilate. And of course there is a group that is going to use fear as a manipulator. In this case, they might be thought of as ultra conservative.

The Jewish religious sect known as the Pharisees were opposed to Jesus from very early on. His ministry disrupted their authority and threatened their way of life, and they didn’t like it. To get a tiny bit of a picture about this, think about Abraham Lincoln. For many powerful people in the southern states, he was disruptive. “Get rid of slavery? Never! Better to get rid of Lincoln.” And they did.

Of course in this modern and more civil era we no longer assassinate the leaders of the opposition. At least not literally. But my point is, the Pharisees really wanted to get rid of Jesus.

The Pharisees, being sticklers for the law, knew they could not legally put Jesus to death. What to do? Have Rome put him to death! After all, they aren’t subject to those pesky laws of God.

So the plan comes together, Jesus is arrested on trumped up charges and he’s taken to Pilate, the governor from Rome who oversees Judea.

Pilate, who is known to execute people, questions Jesus. He finds no fault in him and sees no laws broken. In addition, Pilate’s wife has a dream and sends Pilate a note: “Have nothing to do with this righteous man.”

So Pilate tries to set Jesus free, first just by doing so and later by offering the blood of Barabbas. But the Jews did not want just any blood, they wanted the blood of Jesus.

Since Pilate was not cooperating — and here is the kicker — the Jews threatened him politically. They said, “If you release this man, you are not Caesar’s friend. Everyone who makes himself a king opposes Caesar.” And Pilate gave Jesus over to be crucified.

There were a couple of times in this encounter when other voices almost prevailed. Pilate’s wife’s warning gave him pause. When the Jews told Pilate that Jesus “has made himself the Son of God,” Pilate was “even more afraid.”

Three times Pilate tried to release Jesus, and once he sent him to Herod to try to pass the problem to someone else. There was healthy fear at work, and there was a sense of right. Repeatedly Pilate said he found no guilt in Jesus.

But the “pounce” that worked was the threat of going to Caesar. Pilate famously washed his hands in front of the people and 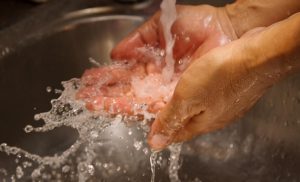 said, “I am innocent of this man’s blood.” Then he sent him to his death.

Recently I have seen people in authority fold in the face of fear. You may have seen that too. I want to write to some and remind them about Pilate. I want to ask them if they washed their hands before they gave in.

Could I give in? Could you? Fear is a powerful manipulator, and bad people use it a lot. Robbery includes fear. Kidnapping includes fear. Scams cheating people out of their possessions include fear.

There is, as we noted, healthy fear. The Bible says that “fear of God is the beginning of wisdom.” That is not being afraid of God fear (unless you should be), it is deep respect. Only the good use healthy fear, and they do not use it as a manipulator.

Doing good sometimes comes with a cost. Take Jesus, for example. He healed people, he taught love, he paid his taxes. Thousands followed him. Evil men were threatened by the good he did, so they killed him. Of course that wasn’t the end of Jesus. Even if you don’t believe he rose from the dead, billions do and they still follow him.

What about us? Will we curb the good we do because of fear? Will we allow ourselves to be bullied? Is there enough courage in us to stand up to those who propagate evil, whether they agree or disagree with us politically?

Fear as a manipulator is not a theoretical construct, and it is not limited to politics. It is in our everyday lives, and it may well be used against you. If it is, stand for the good.

To succumb to fear is to wash your hands, and Pilate is not a good role model. Jesus is.