Tuesday morning this week in Phoenix the sun was nowhere to be seen. When clouds obscure 95% of the sky weather people say it is “overcast,” and it was.

Here in the Valley of the Sun that’s unusual, especially in late April, so my friends and I were “talking” about it. One fellow who had moved here from Oregon said, “Up there we would have weeks like this, not just one morning.”

“Isn’t that depressing?” I asked. And he said, “It is. Literally.” Being a psychologist, he knew from whence he spoke.

I said I had heard of something called SAD and asked if the D stood for depression. He said no, SAD is the acronym for Seasonal Affective Disorder, but the whole thing is a type of depression. The most common is winter-onset, and doctors say one of the causes is a lack of light.

“I get it” I said, and my empathy for those who suffer from SAD grew a little. But why do we need light in the first place?

The phrase “let there be light” comes from the Bible, as do many of the phrases we use. This one has a cool little twist to it that most people haven’t heard. First the Bible verses, then the twist.

Here’s the twist. In the quote above there is light, but there is no sun.

As we read on we see that, in the creation account of Genesis, light came on day 1, but the sun and the moon and the stars weren’t created until day 4. As my friend would say, “What’s up with that?”

That’s a mystery people have been thinking about for a couple of thousand years. To shed a little light on the subject (see what I did there?) there is no definitive answer. But here is one thing we do know: God “saw that the light was good.”

We humans love light in all kinds of forms — from the sun in the sky to fireworks to the neon on the Las Vegas strip. We say there is “light at the end of the tunnel” and “it’s always darkest before the dawn.” Those are phrases of encouragement we share to keep a friend going when times are tough.

Except people like my dad. He would say, “It’s always darkest right before it gets pitch black.” Then he’d laugh, and then I’d laugh, and everything would be OK. He knew that dawn could follow darkness, but he also knew things could get worse instead of better.

Naturally he was the first to point out to me that the light at the end of the tunnel could be an oncoming train. Same message, same laugh, and the same result. Thanks, Dad. 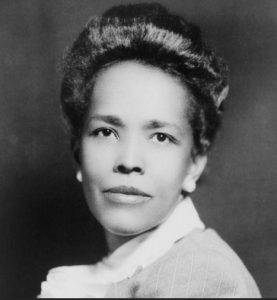 What he did was (no pun intended this time) put better light on the subject. Light is good, and the better the light the better we see. That’s why I love the quote by Ella Baker I used in this week’s Do Good U news: “Give light and people will find the way.”

Light is used to signify understanding, truth, celebrity, ability, discovery, clarity, and illumination. Have you known someone who “lights up the room” when they walk in? Not all motion sensors that light a room are electronic.

Speaking of which — and I just can’t help myself — here is a “light up the room” story for you. Not very long ago I was visiting at a nice home and wandered off to find a bathroom. The one I found had the toilet in its own room, and when I walked in the toilet seat went up and a light came on inside the toilet. Now that’s lighting up a room!

The absence of light

Earlier I mentioned SAD, a form of depression often triggered by the absence of light. I believe the same thing can happen when people are “kept in the dark” about things that matter to them. Unfortunately that happens in families, it happens in companies, and it certainly happens in governments.

One way people can be controlled, at least to a certain extent, is to control their information. To say “everything is fine” when everything is not fine, or vice verse, is one way to keep people in the dark. Another way is to give good information but make it either confusing or misleading in order to control the narrative. The big word for it is obfuscation, and it is all too common these days.

Political parties hire professional communicators who can obfuscate with the best of them. Many of those people learned the craft in college and honed it in the 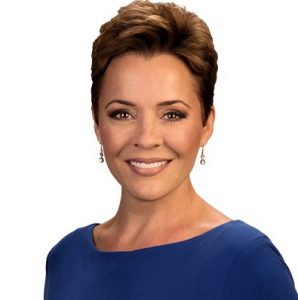 I was incredibly heartened in early March by the message of Kari Lake when she resigned from being an anchor reporter at a Phoenix TV station. You can watch the full video here (only 2:32), but in it she says she doesn’t like what journalism has become over the last few years.

She says in the video, “I found myself reading news copy that I didn’t believe was fully truthful, or only told part of the story, and I began to fear that I was contributing to the fear and division in this country by continuing on in this profession.” Good for her.

Some people light up the room with personality, but some light it up with good. If you’ve heard along the way that you should be light in the world but don’t know how to do that, here’s your answer: do good.

Tell the truth. Don’t obfuscate. Care about other people. Be cheerful, and be an encourager. Practice those things for a while and add your own. Soon people will be saying that you are someone who lights up the room.

Let there be light.