A lot of life can come down to one word: choices. In fact there is a popular estimation that adults make about 35,000 choices every day. Most of those are not conscious choices, but they are choices nevertheless.

Among the choices we make daily (what to wear, how to spend our time, etc.) are choices about food. You might think that happens 3 to 6 times a day, but the number is actually 226.7 decisions per day on food alone. That comes from Cornell University (Wansink and Sobal, 2007), where they know a lot about food.

In thinking back about dinner tonight, my wife and I had to choose where, when and what. All of those had multiple options, of course, so 226.7 sounds about right. But none of those decisions involved a marshmallow. 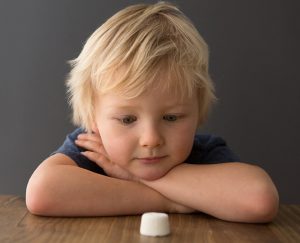 You’ve probably seen part of the marshmallow test, but in case you haven’t I’ll explain.

In 1965 researchers at Stanford University decided to test the willpower of children. The test they settled on was a treat, an option, and some time. An adult would be in a room with a child and show them a marshmallow on a plate. The adult would tell the child that the marshmallow was his or hers to eat. But they also said they were going away for a little while and would bring back a second marshmallow. The child could have both if, and only if, he or she had not eaten the first marshmallow while the adult was gone.

All of these were filmed, and watching the children work on that choice is fun. To eat or not to eat, that is the question, Shakespeare might have said.

As you would guess, some children chose to gobble that marshmallow as quickly as possible. A few nibbled. Some — about one out of three — resisted completely. But that is not the end of the story.

Walter Mischel was the psychologist who led these experiments. At the time he was a young professor at Stanford, and he had three daughters aged 3, 4, and 5. In no small part, his desire to understand them and how they would develop skills, including willpower, inspired the whole thing.

I’ll let you dig into the tests on your own, but I want to share a couple of findings that I think are fascinating.

A predictor of success?

Researchers followed up on the children from the marshmallow tests decades later. One of the things they discovered was that those who had exhibited the willpower to wait had generally been more successful in life than those who had lower willpower.

That does not mean, Mischel was quick to point out, that those who didn’t wait are “losers” in any way. But willpower in this one area seemed to serve the children well who had it.

Mischel and his team also learned that just because a child had stronger willpower in this didn’t mean they had it in every situation. The opposite is also true. Marshmallows might be a weak point for some, and they might be stronger elsewhere. Still, it is largely deduced from The Marshmallow Test that people with willpower have an advantage in life over those who do not.

Finally, an important point they learned is that willpower can be learned and improved. That is one of the skills Do Good University teaches inside companies, because it is an important skill for good.

By the way, in case you are wondering whether or not some of the kids who waited just didn’t like marshmallows, the answer is no. All of the kids in these studies agreed ahead of time that they liked the reward. (Sometimes it was marshmallows, sometimes it was Oreo cookies.) They also said that they would rather have two than one, and they trusted that the adult would return.

It’s fairly easy to have will power — I sometimes call it “won’t power” — when you don’t care. Hate smoking? Your willpower there would indeed appear strong. These studies took all that into consideration and still concluded that willpower could be learned.

I was playing golf with three friends recently. One of those friends smoked for more than 40 years, then quit cold turkey. As we were getting ready to tee off, he stopped us with a comment. He said, “I haven’t had a smoke in 4 years, 6 months, and 3 days, but I can tell you that someone in that group over there is 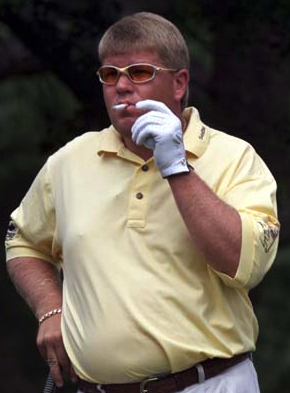 We looked at the other group, about 60 yards away, coming up to a green. I couldn’t see a cigarette and I couldn’t smell one. “Could it be a cigar?” I asked. “No,” he said, “it’s a cigarette.”

He was right. After we teed off and headed down the fairway I looked back and saw one of the men in that group flick away his cigarette.

And even after more than 4 years, my friend felt a little temptation. He said, “It sure smells good!”

Here is some serious willpower. On the day he quit he threw away every cigarette he owned. That was it. He said it took a lot of prayer and a lot of self-control, but he did it. Still, the battle goes on. That is true for all of us in areas where we need to exercise more willpower.

Are you a procrastinator? My dad was, and I’m a lot like him. He once said to me, “Lewis, do you know what’s great about being a procrastinator? You always have something to do.” He was right, but he was also teaching me a lesson. On my list: better willpower.

How do you grow your willpower?

The simple answer is practice. It’s how you get better at everything else, and it works here as well. How you practice matters, of course, and we recommend you work on something like this incrementally. Just improve your general willpower by a fraction each day, and soon you’ll find you are much stronger.

OK, that’s not only simple, it is an oversimplification. So I’ll write more about incremental improvement next week.

In the meantime, keep growing your willpower. And as it is growing, use it to do good. It’s in you.

The Man I Seek To Be