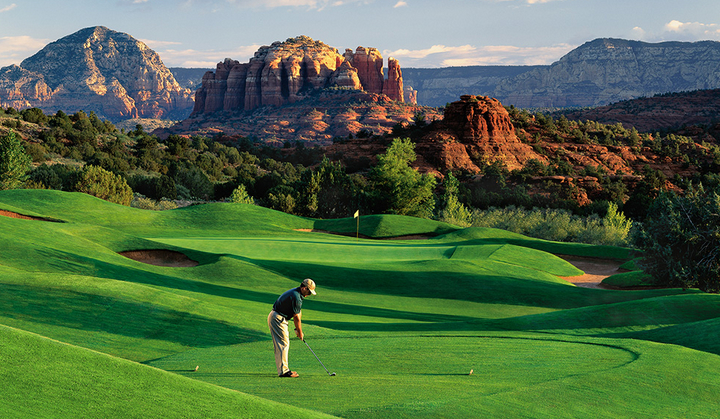 Last week I wrote a post called “Don’t eat that marshmallow!” For some of us it was too late. We had dined on the delicious sugary confection, unwilling to wait ten minutes to have two instead of one.

“After all,” some of you said, “the world could end at any moment and then I’d have no marshmallows.” Good point, and even better rationalization. Those of us who are, shall we say, a little lacking in willpower are good at that.

As I work a crossword puzzle from the Wall Street Journal instead of answering an email, I practice rationalization. “This will keep my mind sharp!” or “I’m not quite focused yet, but working the puzzle will help.” Ha!

All of us practice activity avoidance from time to time. We substitute one activity — which could be good — for another that is more important. By the way, that’s not me in the picture playing golf in Sedona, Arizona, while I could be in the office. As far as you know.

We become expert in rationalization, so at least we are good at something!

Can I still do the puzzle first? Yes I can.

One reason we fail to exercise self-control is that the temptation to do something else is stronger. That is generally because the reward for doing something else is more appealing. When the serpent tempted Eve in the Garden of Eden, he did it with reward. “You will be like God, knowing good and evil.” That sounded fine to Eve, and then to Adam, and we are their children.

When I say to myself, “I finished last week’s Tuesday puzzle in under 20 minutes. Let’s see if I can get under 17 this week,” I’m clearly looking for a reward. So are you when you spend time on social media instead of that report.

Knowing that, I might say, “Self, you want the reward of a good solve-time on the puzzle. You also want the reward of having completed the work task.” Now I’m no longer rationalizing, I’m being mindful, or aware, of what is going on. In that state, I’m more likely to make a good choice. And that might be to do the puzzle first. Either way I am now practicing self-control.

Willpower doesn’t always mean not eating the marshmallow. You could make a conscious choice to eat, thus exercising self-control. We see this behavior on game shows from time to time. “Do you want to walk away with $25,000, or risk it all on a chance at $100,000?” See how that works? What are the odds that you can exercise willpower in that situation? Is there even a wrong choice to be made?

My point is that self-control can be exercised in various ways, and it isn’t always obvious which way is best. What is clear is that if you find yourself justifying your behavior you are probably not doing what you think you should be doing.

Every time we fail to practice self-control, that behavior is reinforced and is easier to repeat. And it is true that people with higher levels of self-control have less stress, eat healthier, exercise better, and have better social skills.

Those with lower levels of self-control get some benefits, too. They typically have more intense emotional experiences, studies show, and also often have a lighter work load. But generally speaking higher levels of willpower are beneficial, as long as it isn’t taken to an extreme.

So how do we improve our self-control? There are some surprisingly simple answers to that.

Perhaps the easiest way to improve your self-control is to get more sleep. One of the great 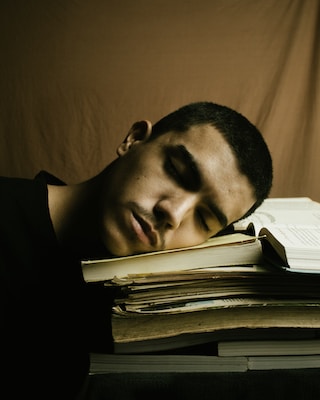 joys of working from home is falling asleep at your desk without worrying that a colleague will walk in on you. You’re already wearing PJ’s anyway, so why not improve your self-control a little while you’re on the job?

“The evidence that sleep aids memory, learning, and mental acuity comes from real-world situations as well as from carefully crafted experiments,” says an article in Harvard Business Review. Memory and mental acuity are very important when it comes to self-control. In my own life I’ve long recognized the importance of sleep in decision making, whether I’m in the office or on the golf course.

A second simple method for improving self-control is to have a plan and write it down. The act of putting that plan on paper helps you create a kind of commitment to it. One researcher who studied patients recovering from joint replacement surgery confirmed this. She found that “patients who had written plans in their booklets had started walking almost twice as fast as the ones who had not.”

If there is one task that begs for activity avoidance, it’s rehab from surgery. If writing down a plan helped those people, imagine how it could help you.

The third suggestion I have for you is something I alluded to earlier: reward. Since it is some kind of “reward” that is trying to pull you away, give yourself one for staying the course. In my case it might be 20 minutes with a crossword puzzle or it might be nine holes of golf. Generally I try to make the reward something that has benefit as well as joy, but not always. Sometimes it’s just fun.

You can do this!

Finally, it’s helpful to share your goal of greater self-control with a friend. Some people call that accountability, but I just call it sharing. I’m not asking for a police watch, I’m asking for a friend to share both the challenge and the joy with me.

That always reminds me of an old Jewish saying I heard years ago. “A shared sorrow is half a sorrow, and a shared joy is double joy.” Beautiful.

Now here’s a bonus. The more you use your self-control to do good, the more self-control you will gain. Why? Much of the reason is the added reward. Perhaps no one but you knows about the good you did, but you know, and there is a reward for that. And that leads to more good and more rewards.

You can improve your willpower, and you can use that increased self-control to do good. Do that, because it’s in you!