One morning several months ago I stood up from the breakfast table and everything was fine. Until it wasn’t.

As I walked away from the table I suddenly realized there was a gray spot blocking the vision in my left eye. It wasn’t a black spot, like a floater, and it wasn’t completely opaque, but it was in the way.

I did not panic. I felt no pain. But I got in my car immediately and went to an eye doctor. I knew something was seriously wrong, and it wasn’t going to fix itself.

As it happens, I’d had a stroke in my left eye. Who knew that was even a thing? But what happened to me has happened to many others. I’ve even met a couple of them, and we have compared notes.

A few days later I was in the office of a retina specialist who said, “We can treat this to some degree.” And that very day he gave me the first of nine (!) shots in my eye. People say, “It’s better than a poke in the eye with a sharp stick.” Fortunately that wasn’t true for me.

It’s getting dark out there 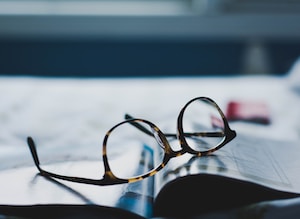 All those shots later, the vision in my left eye is decent. I’ve never worn glasses, with the exception of “readers” now and then. The function of glasses like that is to magnify things a bit, but they also let in more light. In fact I rarely need them when there is plenty of light already present.

When something like this happens to me I tend to reflect on it. I’m sure you do exactly the same thing. Ultimately that is how we become wise.

Here is part of what I came to understand. The darkness of vision that I experienced came on me suddenly, but the darkness that is clouding the world has not come on suddenly. If it had, people would have noticed. They would have seen the change and taken corrective action.

That is not to say that people have not noticed the darkening of the world, and many have tried to do something about it. Bob Briner was one of those. Bob was involved in professional sports management, working with a company called ProServ.

He was also an Emmy-winning television producer. Along the way he noticed a little more darkness creeping into the world, and he decided to do something about it.

One of the things he did was write a book. Roaring Lambs called the church to be salt and light in the world. First published in 1993, the book is still popular 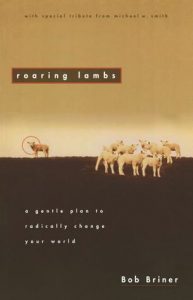 today. My friend Barry Landis, then a Nashville record company executive, was deeply influenced by Mr. Briner. After Bob passed away in 1999 from cancer, Barry (with the permission of Bob’s family) started The Briner Institute. It is a “culture changing” organization, carrying on Bob’s goal of bringing more salt and light into the world.

In fact Do Good University and The Briner Institute are working together on a Design Workshop, a kind of “two day think tank.” At that event, which will be held in September, 2021, people will gather to think about bringing more good — more light — into the world.

One fact about this whole darkness thing that is very important is this: when it comes on gradually, we are more accepting of it. In such cases the darkness is insidious. By definition that means proceeding in a gradual, subtle way, but with harmful effects. I was fortunate that my eyesight was clouded suddenly. In the world we have not been so fortunate.

If we are paying attention though, as Bob Briner was, we will see the darkness. 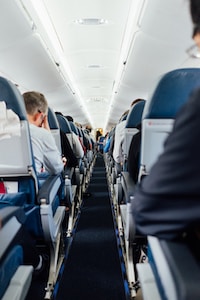 I rarely look at the news, but today two different stories popped up on my screen that illustrate the darkness.

The first was a report that an airline association, Airlines for America (A4A), had sent a letter to the Attorney General of the United States. Their request was that the Department of Justice start cracking down on violent passengers. The report went on to say that over the last decade there have been about 140 cases per year investigated by the FAA. In 2021, there had already been nearly 400 cases by late May.

Everyone agrees that mask mandates, stress from the pandemic, and crowded flights have contributed to this. But they don’t explain it away. The A4A letter says, “onboard behavior [is] deteriorating into heinous acts, including assaults, threats and intimidation of crewmembers that… jeopardize the safety and security of everyone onboard the aircraft.” They wrote “incidents continue and appear to be intensifying.”

Moving from the air to the ground, the website CWBChicago reported on two carjackings in Chicago neighborhoods, one successful and one unsuccessful. They ended the article with this:

Carjacking reports have increased every month since March, according to the city’s data. There were 83 hijackings citywide that month, 98 in April, and 111 in May. Through June 12, this month was on-pace to record 120 cases.

January 2021 had 215 hijackings — more than any month in the 20-year history of Chicago’s publicly available crime data.

From darkness to paradise

The good news is, the darkness is not complete. I could still see through my left eye a little even at the first, and with treatment I can now see fairly well. The same thing can be true for the world around us. But treatment is needed.

Light overcomes darkness. Where do we find light? One place we find it is in good. Consider this quote from Friedrich Nietzsche:

“I was in darkness, but I took three steps and found myself in paradise. The first step was a good thought, the second, a good word; and the third, a good deed.”

Take three steps and do good. It’s in you.

In-N-Out may be Out inside, but they are definitely In