Are you woke? Once upon a time it would have been “Are you awake,” but woke is now in the Oxford English Dictionary. It was added in June 2017, along with more than 600 other new words. (The OED regularly adds 500 – 1,000 words each quarter.)

The original use of the word, scholars tell us, was in the 1940s. Tony Thorne, a linguist and lexicographer, says it meant “becoming woken up or sensitized to issues of justice.” That is slightly different than the OED, but it’s the modern definition we’re after.

Woke continued to be used, and in 1971 American author and playwright Barry Beckham put this line in Garvey Lives!: “I been sleeping all my life. And now that Mr. Garvey done woke me up, I’m gon’ stay woke.” (Do you recognize that “stay woke” phrase?)

Interestingly, Marcus Garvey (a black man who died in 1940) was an anti-socialist. He was also a black separatist and a segregationist. What was he trying to wake people up to, I wonder?

The first way “woke is broke” is in the co-opting of the word. It happens fairly often, and it almost always makes me a little crazy.

Woke as it used today was co-opted for the political purposes of BLM. Why not just invent a new word? The OED is adding thousands of words each year, after all. Choosing an existing but little used word, however, does have its advantages.

I became “woke” to the idea of co-opting words in the ’60s when I first heard the word “gay” used for someone who was homosexual. I had no interest in homosexuality, but I did have an interest in the word. My mother’s name was Gay, and I felt that it was being besmirched.

Now that gay designates homosexual men in the lexicon, I use it in that way. But occasionally when I’ve met someone who is gay or lesbian I’ve broken the ice by saying, “You know, my mother was Gay.” And I’m thankful that I can use her name in a way that is helpful rather than carrying a grudge about it.

Here is why co-opting happens. People don’t like a term that is being used, so they select a term they think wouldn’t sound offensive (e.g. gay) and co-opt it. Such is the case with “woke.”

The term that it replaces, with a vengeance, is “politically correct.” PC had become offensive to enough people that few took it seriously any more. There was PC fatigue. People were just plain tired of hearing it and having it forced on them.

Woke is PC with added weight. “Politically correct” sounds like graduate school — “woke” sounds like the streets. And a word with street cred can beat up your college word. The message? Don’t think of PC, think of woke. But it’s just a diversion. 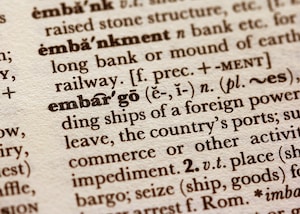 Words mean things, and that’s important. But the definitions of words change naturally through common usage. Generally that happens over a very long period of time — decades at the least.

Words like egregious, awful, and bully have all changed in meaning dramatically. But it took centuries for that to happen.

When that kind of thing happens to a word, it is not because of common usage but through intent. It is also done for the benefit of the one doing the changing.

That is not to say that the new “definitions” will stick. It is to say that defining the term woke is almost impossible today, just as it was to determine what was and wasn’t politically correct. It means whatever the person saying it wants it to mean.

You can see that if I’m defining a word and you don’t know my definition, it will be almost impossible for us to communicate. You can also see that I will always be right and you can easily be made wrong.

If the OED definition held, people would “be alert to” or aware of discrimination and injustice. That would be a good thing. But it hasn’t held. It is no longer about awareness, it is about actions and behaviors. It is a word where the definition changes on the whims of the user, and that is a word that is broken.

Playing dodgeball with a word

In the game of dodgeball there is only one ball in play. In the battle of political rhetoric, woke is the current ball. Both progressives (is that the woke word?) and conservatives use it as a weapon against the other side.

That is simply another tactic in the too-long-running game called “identity politics.” Writing in the Independent (UK) early this year, Kate Ng said, ““Woke” is currently used by the political left to refer to progressiveness and social justice, while those on the political right have weaponised it as a way to denigrate those who disagree with their beliefs.”

She is right that the political right has used it as a weapon. It reminds me of something my karate instructor many years ago told us: “Never bring a knife to a fight. Someone might take it away from you and use it on you.”

That’s what has happened with “woke.” It wasn’t there to help communicate, it was there for the fight. Actor John Cleese, a Liberal Democrat, spotted it. He tweeted, “A lot of woke behaviours seem to me posturing; striking attitudes that allow them to experience the lovely, warm glow of moral superiority, while justifying their own aggression by using denial-and-projection defences.”

In other words, woke is broke.

Time for a new word

Progressives know that “woke” is on its way out and they need a new word. As a matter of fact, conservatives could use a word of their own rather than turning one back against progressives.

Although wouldn’t it be amazing if we could find a word everyone could use and try to live up to? One that would challenge all of our behaviors. No posturing, no moral superiority, no aggression.