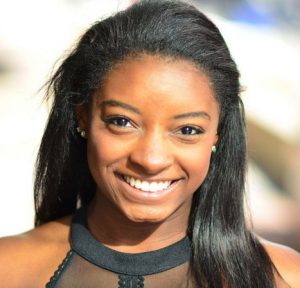 The news hit the United States early this Tuesday that Simone Biles had withdrawn from the team gymnastics competition at the 2020 Olympics. We wondered why. “Was she injured,” we asked? As it turned out she was physically fine, but on the next day she also withdrew from the individual competition.

By then we knew why.

Last November Donald Trump lost his bid to be reelected as President of the United States. Many wondered why, and some still do.

Simone Biles and Donald Trump don’t seem to have much in common. She is black. He is white. She is short. He is tall. She is an athlete. He is a politician. She is the GOAT (Greatest Of All Time) in her field. He accomplished much as president, but is not the GOAT. She is a she, and he is a he.

But there are things they share. For instance, both are known worldwide, and both “move the needle.” And there is one other area where they have something in common, and that is one we all understand although we rarely consider it: every day they are subject to enormous external pressure and expectations. And when I say enormous, I’m talking about a level most of us, thankfully, will never experience.

The pressure of expectations

A number of years ago I was part of a musical play at church. My role included a lot of speaking, some reading, and one short solo singing part.

My friend Dave was also in the play, and his role included a lot of singing, including three solos, and one short speaking part.

The afternoon of the first performance all of us in the production gathered backstage. There was nervous energy in the room, and mine was more nerves than energy. That was all about one thing: my solo. I grabbed a friend and made her listen. “You’re fine,” she said. Apparently I didn’t believe her, because I found the director next. “Good job,” he said.

Then I saw Dave. He was the best singer in the church, and I wanted his opinion. When I got to him he said, “Lewis, can you help me with this speaking part?”

Sometimes we have expectations of ourselves, but even those usually start with others. People tell us what they expect of us, either explicitly or implicitly. We believe them, we want to please them, and soon their expectations become our own. 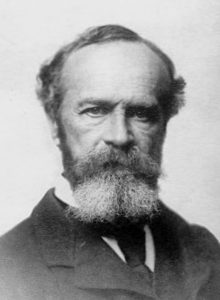 When she ultimately pulled out she said it was because her “head was not in the right place.” She knew her mindset made injury much more possible and hurting her team more likely. Withdrawing from the competition was both wise and brave. She is still the GOAT.

From my perspective, although I admired much about his presidency, at the end Mr. Trump did not realize his head was not in the right place. His response to losing was to be defensive and belligerent and his actions were neither wise nor brave.

Having both failed and succeeded under great pressure myself, I get it. That kind of pressure creates doubt, a dark and self-fulfilling mindset that is debilitating.

William James, the most prominent American psychologist of the nineteenth century, said

People by and large become what they think about themselves.

What you think about yourself may be heavily influenced by outside voices causing pressure and creating doubt, but you do not have to follow them. You have to put them in their proper place.

I’ve been playing golf most of my life. It appeals to me because it cannot be mastered. There have been extraordinary golfers over the last 200 years, from “Young” Tom Morris to Tiger Woods. Not one of them mastered the game, and every one of them had to deal with doubt. Just like Simone Biles.

One of those who has helped many golfers learn to have a proper state of mind is Bob Rotella, a sports psychologist.

In his book Golf Is Not A Game of Perfect, he has this to say.

Unfortunately major branches of psychology and psychiatry during this century have helped promote the notion that we are all in some sense victims — victims of insensitive parents, victims of poverty, victims of abuse, victims of implacable genes. Our state of mind, therefore, is someone else’s responsibility.

Au contraire, he says — or he would if he spoke French — your state of mind is your responsibility.

And of course every day, many times a day, you can choose to do good.

Don’t judge a book by its cover.

I have a theory: Theories are wrong.