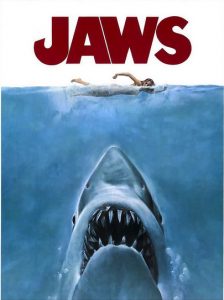 Jaws, a movie released in 1975, was very popular. The kind of popularity that makes studio executives say to each other, “Let’s do a sequel and make even more money!”

Notice that I did not imagine them saying, “Let’s make a sequel that is even better than the original.” Call me a cynic, but that’s just how I feel about most sequels. Even Frozen, which smashed box office records like a hammer shattering ice, gave us a sequel that disappointed many fans.

But if Frozen II missed the mark, Jaws 2 barely hit the target. Head over to IMDB and you’ll see that Jaws has a rating of 8.0 (really high) with 561K reviews and Jaws 2 is only 5.8 with 75K reviews. Ouch.

Now we have COVID-19, Delta Variant. Apparently a lot of people who didn’t go see the original have grabbed a ticket for the sequel.

We should not be surprised. We could have even riffed on the tag line from Jaws 2: Just when you thought it was safe to go back in the water….

It’s all about fear

The truth is, it is safe to go back in the water. It was always safe, at least as far as sharks are concerned. In 2020, the ISAF reports, there were 57 unprovoked shark attacks on humans worldwide. Ten of those resulted in a fatality, with three in the US. 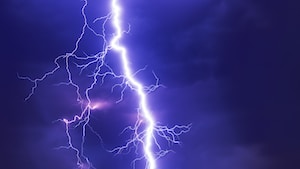 In other words, probabilities may have little to do with the way we behave. We are used to lightning and are generally unafraid of being out in a storm. But sharks are mysterious, and we can easily be made afraid of swimming in the ocean.

As I’ve written in the past, the media knows fear sells, so fear is what they give us. Occasionally they overplay the fear angle, I believe, but a lot of that is on us.

On every side of that are good, smart people. So what gives?

In Arizona, where I live, 18,508 people have died from COVID as of today. That is one-fourth of 1% of the population of the state. 13% of the Arizona population has had COVID, and 1.9% of those died.

Every COVID death is one too many. Those were real people with real families, not just statistics.

Those deaths remind us this virus can and does kill people. But so do cars, so does the flu, and on and on. Put into perspective, COVID is something we should respect, avoid, and do our very best not to spread.

Fear of the vaccine is a little different. Some who have been vaccinated have had serious, and perhaps even fatal, side effects. But if the vaccines had the same illness and fatality percentages as COVID, 10,000 people would have died in Arizona so far.

It isn’t just the short term people fear, though, it is the fear of the unknown. That is the greatest fear of them all, and some scientists are saying we just don’t know enough about mRNA to have any idea what the long term effects will be.

Fear of government control is another factor in this whole “get vaccinated against COVID or not” question. It is sad when people don’t trust their government, but it is also understandable.

Fear is not all bad, and it can play a role in making decisions. Usually we don’t call it fear, though, we call it risk. Risk assessment is a field unto itself, and I’m not an expert there. But I do know something about how we assess risk personally that you may not know. 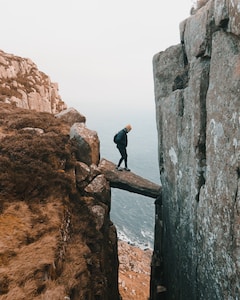 Our evaluation of risk is inordinately tied to this: How much control do I believe I have? The more control you think you have, the less risk you perceive.

Imagine someone protesting a nuclear power plant while smoking a cigarette. The chances of the power plant hurting anyone are virtually zero, and the odds of that cigarette hurting the person smoking it are 100%. But the idea of control is a powerful “risk reducer” in our minds, while lack of control greatly increases the perceived risk.

There is one thing in all of this that we actually can control but don’t. Too many of us, I believe, have given up control of our minds.

We are far too easily manipulated by people peddling fear, whatever flavor that comes in. Let’s take control of our minds and make decisions based on good.

As a teenager Jim Stovall was told he was losing his sight and that it would be gone completely in just a few years. What should a young man do with that information? He decided to believe it was never going to happen. But of course it did.

Along the way he learned that “we always live up to the expectations we have of ourselves, or the expectations we allow others to place upon us.” And perhaps his most important lesson was this: “I learned I could exercise my right to choose and make quality decisions and change my life by changing my mind.”

You have that right too. You can be, as the Bible says, transformed by the renewing of your mind.

Make your own choices. Refuse to let fear rule your life. Put good in its place, and your life and the lives of those around you will be changed for good.

How to fix our environment (really)