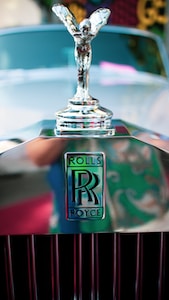 For almost 20 years my wife’s work took her to hotels around the world. The hotels weren’t just places to stay, they were the destination. She shopped for hotel rooms in Tokyo and Tempe, in Venice and Venice Beach. She has walked on the Great Wall and sauntered down Snake Alley.

One thing we often discussed when she returned from a trip was the food. I learned about “bubble and squeak” from her. I also learned that chicken-foot soup contains actual chicken feet.

And she stayed at some amazing hotels and dined in great restaurants on food prepared by world-class chefs. Once she was picked up in a Rolls Royce. Once she was met at the gate by a personal bodyguard.

Before every trip she studied. A go-to was The World Factbook, a fascinating CIA web site. She wanted to understand something about where she was going before she went. Consequently, she enjoyed a lot of success in her work.

Her budget was large, so occasionally a gift or an offer of a gift would come along. The company had a policy, though, that limited gifts to a value of $100. And she was squeaky clean about that.

One time a month or so after contracting a hotel in Kuwait, that hotel’s owner was in Chicago (where she worked) and arranged to take her to lunch. She then dropped him off at the airport, and he gave her a nice little bag.

Later she discovered that in the bag was some very nice jewelry, including a gold necklace with her name on it, also in gold. Not gold plated, gold. This was much more than $100, so she wasn’t going to keep it.

The problem was, he wasn’t going to take it back. She called and said “thank you but…” and he replied, in a very nice way, that he was offended.

This was a gift from him, not the hotel. It had nothing to do with the contract, it was part of his culture. But it was not part of my wife’s company’s culture. So which of those should have held sway? 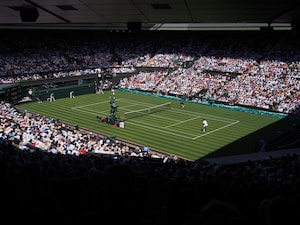 Well before my wife’s travel days, she and I — along with two high school girls — flew to England. Specifically we went to Wimbledon to watch a little tennis tournament they have there every year. I was a (teaching) tennis pro back then, and the girls were top level high school players.

I worked out an arrangement to write reports for the local NBC affiliate, and someone at the station gave me the name of a person to contact once we got to Wimbledon.

Skipping over a wonderful story, my wife and I eventually ended up with badges that allowed us entry to the grounds and, if there was room, to the “friends and family” box at Centre Court. That was a very big deal. But there were just two badges.

On the Saturday of the women’s finals, my wife and I gave our badges to the girls and we explored London. When we returned to the hotel, the girls were already back. They had lost the badges, and they assumed that meant my wife and I would not be able to go to the men’s final on Sunday. But we went anyway.

After buying grounds passes from a scalper (very cheap on finals day), we went to the “friends” box. The volunteer in charge of it was a man we had seen a dozen times in the last two weeks. We explained what had happened and he let us in, saying, “You two are the exception, aren’t you? You are polite Americans.”

Polite Americans? He said it so matter-of-factly that we knew it was both a compliment to us and a commentary on some of our fellow citizens.

It was another lesson that “our” culture is not the only culture, and that we would do well to remember that.

Last week my business partner Allen and I met with two executives at their company office. They wanted to learn more about what we do and how we go about it. In our presentation we showed a slide with a quote from management guru Peter Drucker: “Culture eats strategy for breakfast.”

The CEO leaned back in his chair and said, “That explains a lot about Afghanistan. We had a strategy for leaving, and we completely ignored their culture.”

His assessment certainly has some truth in it. Our withdrawal strategy didn’t even leave a scratch on the culture of the Taliban. The great fear is that the culture of America will likewise have little impact on the Taliban, other than to make them angry, much to the detriment of the women and girls and Christians there.

Take a look at your own business for a moment. Have you elevated strategy above everything else, including culture? Do you have a company culture, and if so is it the culture you want to have?

Far too often in our companies we don’t think of culture, and if we do think of it we don’t know how to shape it. We rely on policy, strategy, and traditions, when we could be relying on something far more solid: a positive culture. 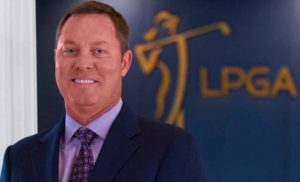 I’ll finish this world-traveling post with a culture that has changed over the past few years — the Ladies Professional Golf Association, which has players from 26 different countries. It was changed by Mike Whan, who was the commissioner of the LPGA Tour. Here’s how he did it.

Every Tuesday morning his calendar was blocked out. That was the time, every week, that he went to the driving range. He didn’t go to practice, he went to talk to the players. He went to them, and he listened to what they had to say. And then he acted on it.

Be like Mike. Make the culture where you are “good.” It is a great way to do good, and you can do it. It’s in you.