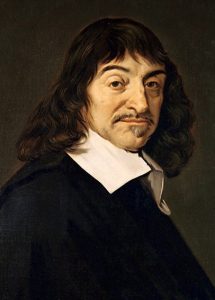 My apologies for that title to René Descartes, who famously wrote, “Cogito, ergo sum” (I think, therefore I am). He actually first wrote it in French (Je pense, donc je suis) in 1637.

I won’t argue whether his ability to think proved that he existed, but I will roundly applaud the fact that Descartes thought. Most people today do not think, although they think they think. Sadly, it seems that many people fail to recognize the value in thinking and have — without thinking — abandoned the practice altogether.

If you are still with me there is a chance that you, like Descartes, think. And, assuming he was correct about thinking being an indicator of existing, that would mean you are real and “are” as he was. Good for you!

I love French because it is such a musical language. The three languages I studied in school were Latin, Greek, and Hebrew. None of the versions I studied are spoken today. Come to think of it, that may apply to the English I learned in school as well.

Whether or not you can say or understand, “I think” in other languages is not the question, though. The question is, can you honestly say, “I think.”

For many of us, it may have been some time since we actually sat down and thought about any one thing long enough to form some idea about it.

For instance, what is your idea about open borders for America? Perhaps you like the idea, perhaps you don’t. This is not a trick question, but it is a very hard question.

And I’m not asking for an opinion. We often say, “Well I think…” and then we announce our opinion about something. That is not thinking. For one thing most opinions we hear — and perhaps many we hold — really belong to someone else. We’ve never honestly formed our own, we’ve just heard one that sounds good and repeated it as our own.

But to think deeply about something goes much further. It forces us to consider alternative beliefs, long term consequences, and how our idea about one thing might impact our idea about another. For instance are you in favor of open borders but unwilling to leave your own home open? 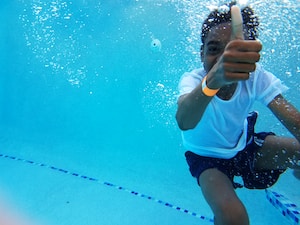 Like many boys from my era, I was introduced to sports early. The great value of sports for me was community, not achievement. It wasn’t until much later in life that I realized not everyone played sports, and not everyone even liked sports. So I thought about that. Have you ever thought about why you like some activities and not others?

Sports turned out to be a bigger part of my life than I ever imagined. For several years I made a living teaching tennis, and that led me to umpiring tennis matches for (and being called names by) the best players in the world. Fun!

But golf was my first love in sports, and my ability helped me get a job as a missionary to golfers. That has led to some of my best friendships in life, and I am forever thankful.

One of the greatest lessons I learned through sports, especially tennis and golf, was the need to think. If you want to excel at sports — or business or relationships or academics — you must learn to think ahead. You can’t wait until you’re on the first tee to think about how to swing a golf club. At that point you have to not think at all.

In fact I once said to myself after a particularly poor round of golf, “I think, therefore I bogey.”

The problem is, we get that think/don’t think backwards. We jump right into life as if it were unimportant, and we don’t think about it. Get married? Sure, why not. School? Big job? Bigger job?

These are all things the world says we should do, and we do them without thinking. You might say, “I think I’d like to work for that company,” but that is usually an opinion, rarely an idea.

Far worse, we say, “He (or she) is attractive and nice. I think I’ll marry him (or her).” It is rare that thinking is involved, because if it doesn’t work out with the job or the marriage or having a baby, we just go in a different direction.

Thinking is not required. It is not encouraged. In fact thinking is discouraged by our lifestyles, by social media, and by a culture that says we need to hurry up and decide.

Multitasking is lauded, but it doesn’t work. In fact trying to multitask actually hurts your ability to think. 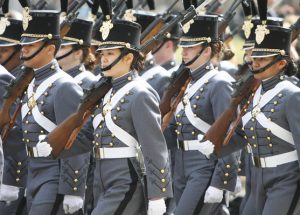 In a speech delivered to the 2009 plebe class at the United States Military Academy at West Point, William Deresiewicz said this:

“It’s only by concentrating, sticking to the question, being patient, letting all the parts of my mind come into play, that I arrive at an original idea. By giving my brain a chance to make associations, draw connections, take me by surprise.”

In that speech, titled “Solitude and Leadership,” Deresiewicz, a former professor at Yale, also said, “If you want others to follow, learn to be alone with your thoughts.”

What comes out of good thinking? Good decisions.

Honestly I care less about your choice than I do about your process. Rely on the media (social or otherwise) for your answer at your own peril. Think.

Thinking is far too great a gift for us to neglect it as we do. As Shane Parrish says in an article he wrote about thinking, “Good thinking is expensive, but poor thinking costs a fortune.”