A few days ago I was sitting with my wife at the counter of our favorite breakfast spot. Normally we meet another couple there and sit at a table, but they were traveling.

Knowing many of the staff, the counter gives us a place to greet them, watch the activity in the kitchen and at the window, and never run out of coffee or tea.

A man alone was sitting a few feet to my right, and as he was getting ready to leave his server said, “Hope you enjoyed it and come back again.” He said he was on his way to Indiana in a few days, but when he returned to Arizona he’d be back in.

Being a charter member of the “I’m Not Shy Club,” I turned and asked him where in Indiana. I have a little history there, and you never know. In the ensuing conversation I asked if Covid had been an issue for him, and he said, “Not at all. In fact it was great for me.”

Turns out that he sells steel commercially, the price of which had increased by more than four times during Covid and the demand for which had also risen. He was having his best year ever.

That, at least for him, is good news, and he is not alone. People have suffered financially and people have died because of Covid, but there is another side to that coin.

The restaurant where we happened to be eating actually opened its doors for the first time during Covid. A lot of preparation had gone into that and a lease had been signed. The building owner wasn’t going to say, “Oh, never mind.”

So on their second day open (March, 2020) my wife and I drove there to give it a try. We’ve hardly missed a week since, but it wasn’t until just a few months ago that we saw the faces of many people we had become friends with. The owner had a beard and a mustache. He said he’d had it for years, but we’d never seen it. 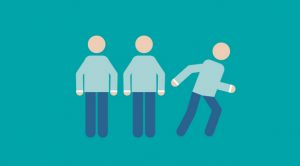 The two biggest issues for that restaurant, and for many others (we eat out a lot) have been staffing and staffing. I know, those are the same thing, but it deserves repeating.

McKinsey & Company calls it The Great Attrition. From April to early September of 2021, more than 15,000,000 people left their jobs. That hasn’t slowed in the last month, and doesn’t show signs of slowing.

In fact 40% of workers say they are at least “somewhat likely” to leave their job in the next 3 – 6 months. Leisure and hospitality (including restaurants) are at the top of that list at 47%.

While governments around the world have tried — using widely varying methods — to control Covid by controlling the activities of people, they all missed this disruptive side effect.

In fact some governments made quitting easier by increasing unemployment pay and the duration of that pay. 36% of those who quit in the last six months did so without having another job lined up.

Many of the businesses that are losing employees in record numbers are trying to keep them. It is expensive to replace employees, in some cases costing up to four times their annual salary.

Such is not the case for line cooks and servers, but it still isn’t free, or even cheap, to replace a valued worker. 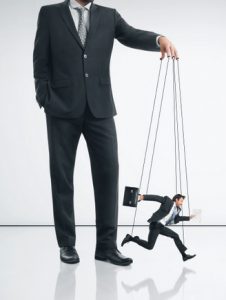 Too many employers think merely raising pay is enough. In essence they are saying, “I have the money, and if I pay you more you will stay.” Perhaps once upon a time it was more important, but today it is somewhere between third and fifth on the list of reasons people take or stay in a job. There are people who can be temporarily controlled by money, but that number is declining.

People want purpose, and they want to make a difference. And it has become much more important with the restrictions related to Covid. Quitting a job, after all, is often a form of taking back control.

The bad choices we’ve seen during Covid belong to governments, businesses, and individuals. Almost all of them have to do with the illusion of being able to control people.

On the other hand there were many people and businesses — and even some government officials — who made good choices. Those often came down to trusting people to do the right thing for the right reason.

What’s the point? Do good, and check your own controls.

Even with Covid, life goes on. No one likes cancer or colds or Covid, but they are part of life on planet earth and people have adjusted. Lagging behind the people are too many of their employers, their political leaders, and others who exercise “control” of people.

If we want to get things right, regardless of our place in society, we learn to adapt. But whether in a time of calm or a time of crisis, we remember to do good to those around us.

That leads me to ask, “What have I been trying to control?” If it is other people, my control will be temporary at best and illusory at worst.

Telling others you are controlling them for their benefit can work in the short term and may be good. But humans want to be free, so to do lasting good, make sure you are treating people with respect. Make sure you trust them and they know it.

One university president I know does just that, and he said recently, “Our students are over Covid.”

Even if you aren’t over Covid, get over the idea that you can control people into defeating it. Instead do good, give people the tools, and watch them take it down.

The Illusion of Control