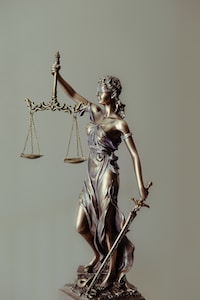 Most crimes come with guidance on the recommended punishment, should a verdict of guilty be returned. A judge may show mercy or may “throw the book” at the offender. If a jury is involved in the punishment phase, they may do the same.

One consideration is often the injury caused. Leave three children motherless, and most juries will side with the kids.

I speak, of course, about a court of law. I also speak about actual crimes and actual victims. Keep that in mind.

Some laws, whether civil or criminal, may also have a “statute of limitations.” Wikipedia gives three reasons for limitations:

Think about that last one as you read the next section.

What an NFL coach, a TV producer, and a lot of us have in common

The coach is John Gruden, the producer is Mike Richards, and a lot of us are, well, us.

The thing the two famous guys have in common for sure, and what many of us share with them, is this: they said some things — perhaps even in writing — they definitely should not have said.

Have you ever done that? If so, you are in the “a lot of us” category with me. 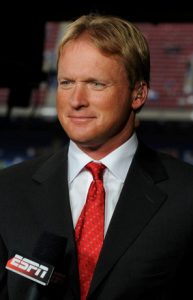 Gruden, at the time working for ESPN, used a “racial trope” in an email. The Wall Street Journal accurately called it that in an exclusive article about the investigation. Gruden does not remember writing the email or using the phrase, but has apologized for it.

I’m not questioning whether or not he did what he is accused of, and I’m not defending it either.

The same is true for Mike Richards, formerly the executive producer of Jeopardy! and for a brief time the successor to Alex Trebek as host of the show.

But as soon as he got into the spotlight, that light turned toward his past and revealed something he had said eight years earlier. It was enough for him to step down as the host of the show. Shortly thereafter, the executioners of punishment decided that wasn’t enough and he left his role as executive producer as well.

The reason “a lot of us” won’t be punished so severely is that we will never be in the spotlight. There is little chance, therefore, that any of our collective millions of misstatements will get us in trouble decades later.

Unless you’re in school

Colleges (I have attended several and visited dozens more) are supposed to be places of “higher learning.” At least since the 1960s some schools and professors have decided to use their influence in other ways.

I don’t want to paint with too broad a brush here, but both my experience and my observations tell me that many schools foment political unrest. Many of them also disallow any kind of heterodoxy. Free speech? Civil debate? Those are far too rare on many campuses these days.

When I started college the Vietnam war was the tangible thing people could oppose. Most students did not really understand Vietnam, just as they they don’t understand BLM or Critical Race Theory. But students need something they can rally around so they can protest the establishment. 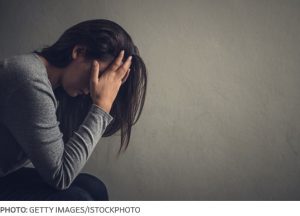 What they do understand is the power they have to hurt someone by shining a negative light on them. And they are vicious in ways that are hard to imagine.

Just this week in a Wall Street Journal opinion piece, a psychologist wrote about “a college student, who made a tasteless racial joke at a friend’s expense. She instantly regretted it, and the friend soon forgave her.” (Good for both of them!)

But another student overheard the joke and reported the young woman to the dean. She was then removed from a student-leadership position and threatened with expulsion.

Just ask John Gruden or Mike Richards, or any other public figure who has been punished long after any statute of limitations would have expired.

Thinking back on my own speech failures, I recognize that I have matured since I was in high school and college. In fact most people mature over time.

My hope is that the “eavesdropping student” mentioned above matures, and someday understands that what he or she did is at least as bad — perhaps worse — than the telling of the joke.

Is there a solution? Of course there is.

A few days ago I was in a restaurant in southern Illinois with three other adults. Our breakfast experience was not the worst anyone has ever had, but I am giving it an honorable mention in that category.

As I sat there I was writing a Yelp review in my mind. I picked out little things and big things to highlight. I would write with humor, but also with vitriol.

Then I thought about this article, which was also forming in my mind, and I let the review go. That night the same four of us were in another town and enjoyed one of the most delightful dining experiences we’d had.

I will “Yelp” about that one.

Do good. It’s a simple choice, and it will make the world a better place.

Your Life, In Words