The Babylon Bee is not a news site, it is an entertainment site. Specifically it trades in a particular form of humor called satire.

On Tuesday, November 2, 2021, before it was official that Glenn Youngkin had defeated Terry McAuliffe to become the new governor of Virginia, The Bee sent out an article.

It opened with these (satirical) lines:

Terry McAuliffe said he’s completely confused that telling parents the state owns their children, that parents have no say over what their kids learn in school, and that repulsively disgusting pornographic books are good for kids didn’t prove to be electorally popular.”

The Wall Street Journal, a (much) more serious source, published an article about the election after the results were in. That article included this sentence:

One parent quoted in the article said she wants the governor-elect to “stop all this distracting and divisive teaching” and “get schools back to the important basics.” C. S. Lewis would have agreed with her, and taken it even further. 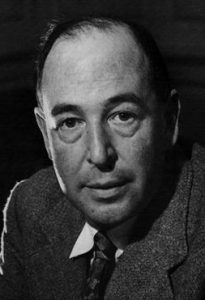 In February, 1943, C. S. Lewis was invited to give a series of lectures. He did that over a three day period. The title of the first was “Men Without Chests,” the second was “The Way,” and the third was “The Abolition of Man.”

Several months later the lectures were put together in book form under the title The Abolition of Man. That was perhaps especially fitting in the midst of a World War. But physical abolition wasn’t what Lewis had in mind.

The first lecture closes with a picture of man in three parts: head, belly, and chest. The head is the place of thoughts, the belly is the place of feelings. The chest is where we learn to integrate the rational and the sensual into stable beliefs.

Lewis wrote that the head rules the belly through the chest.

It may even be said that it is by this middle element that man is man: for by his intellect he is mere spirit and by his appetite mere animal.

It was his belief that the educational systems of the day were beginning to create men without chests, and that would mean men without virtue. He ended that lecture with three statements. The one that rings true today is this:

We laugh at honour and are shocked to find traitors in our midst.

The basic problem? Subjectivism. That is the teaching that knowledge is always subjective and there is no objective truth.

If you have heard someone say, “That may be true for you but it isn’t true for me,” you have encountered subjectivism. 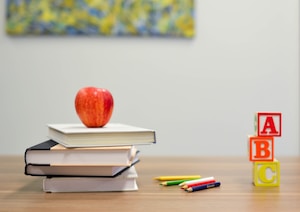 Perhaps the biggest issue in the Virginia gubernatorial race was education. Why did that happen?

People have opined that Covid helped many parents gain better insight into their children’s education. Here’s how.

During the pandemic many classes were conducted over Zoom or some similar online system. Parents, working at home rather than the office, began to hear what was being taught. Many of them were, to put it mildly, not happy.

I don’t know of any high schools or grade schools that say Critical Race Theory is part of their curriculum. But I have talked to enough students and teachers to know that elements of CRT are being taught in many classrooms. Parents began to hear some of those things as well, so the jig was up!

By the way, the problem with CRT is (are you ready?) subjectivism. It goes a little deeper, but that is the core issue in so much that is problematic about our education these days. And C. S. Lewis, in England, saw it more than 70 years ago.

The purpose of education

In our newsletter this week I quoted this from The Abolition of Man: “The purpose of the modern day educator is not to cut down jungles but to irrigate deserts.” Then he went on to say this.

The right defense against false sentiments is to inculcate just sentiments. By starving the sensibility of our pupils we only make them easier prey to the propagandist when he comes. For famished nature will be avenged and a hard heart is no infallible protection against a soft head.

The propagandists have arrived, and they are hard at work on the students of today. Unfortunately many of those went away to college without having been taught that there really is knowable truth. That means they went with a soft head. The results?

More young Americans are embracing socialism without knowing what it means. (My opposition to this is in the last phrase. If you understand it and still want to embrace it, fine.) The same is true for entitlements (no student debt).

And almost every young person I know has grown up with the idea that subjectivism is the right way to think about almost everything. That’s why there can be a multiplicity of genders, for instance. 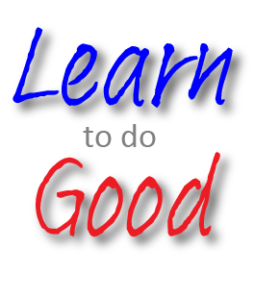 C. S. Lewis was a Christian when he wrote Abolition, but it is not a Christian book. It is about the battle between good and evil. On the side of good (in slightly varying forms) are Plato, Aristotle, Stoic philosophers, Oriental teachers, and of course Christians.

What they all have in common is the doctrine of objective value. They all say certain attitudes are really true and others are really false.

When someone says to me, “There is no absolute truth,” I ask, “Absolutely?” But of course there is absolute truth — things that are true for all people for all time.

But I also care a lot about good, and in the same way there are goods that are real as well as those that are not. For those who embrace subjectivism that is not so.

And when all real goods have been destroyed, all that will be left are wants.

That, my friends, is not a pretty picture.

Don’t judge a book by its cover.