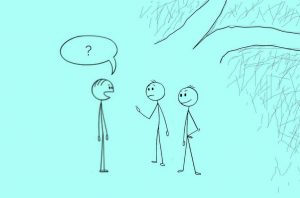 When I was a young man I was fascinated by logic puzzles called “Truth-tellers and Liars.”

The concept is that you find yourself (perhaps a shipwreck got you there) on an island where there are two kinds of people. One kind always tells the truth and one kind always lies. They know which is which, but you don’t.

You walk along the beach and meet two native islanders and you see two roads. One of the islanders is a Liar, the other a Truth-teller. You get to ask them only one question to determine which road you should take to get help.

The solution to this particular puzzle is not immediately obvious. It lies (no pun intended) in the kind of question you ask. Big hint: You need to form that question so that both people give you the same answer.

In a couple of days I’ll add the solution to the comments on this post, but I’ll give you a chance to figure it out first in case you’re interested.

For now, though, let’s take a look at the real world we live in, where virtually everyone is both a Truth-teller and a Liar.

The old joke is, “How can you tell if a politician is lying?” The answer, “His lips are moving.”

People who sell cars also have a reputation for misleading their customers. Like the one who told a customer that a heavier car would get better mileage because you could coast a lot.

What these statements really indicate is a lack of trust among the general population for people in sales and people in politics. Those people, we seem to think, are trying to persuade us to do something that is good for them, whether it is good for us or not.

In fact an article in The Atlantic way back in 2012 listed Congress members and car salespeople as the least trusted jobs in America.

That data came from a Gallup poll called “Honesty/Ethics in Professions” that has been conducted since 1976. Over that time some professions have been added and others dropped, but many have stayed.

At the top for the last 20 years or so? Nurses. Perpetually at or near the bottom? Congress members and car salespeople.

I wondered if the pandemic had changed anything, so I went to the Gallup site and found this page. You can scroll through by profession, and if you do you’ll see that trust in Doctors went up significantly after the pandemic began.

Politicians, not so much.

How could politicians build more trust? My simple answer has two parts: tell the truth; do good. 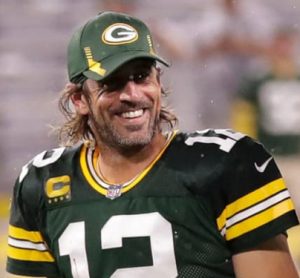 That, in fact, would have been my advice to Aaron Rodgers, had he asked for my advice. He intentionally misled the press and the public, got busted when he contracted Covid, and is now paying the price.

Kareem Abdul-Jabbar and Terry Bradshaw have both called out Rodgers. They don’t care whether or not he chose to be vaccinated, they care that he lied about it.

Why? Because it gives professional athletes a bad name.

You aren’t as well known as Aaron Rodgers, but you are known by some people. Many of them probably associate you with a profession. Perhaps you are a doctor, or a teacher, or even a politician. Everything you do and say has the power to impact what people think about your profession.

The more public you are, the wider that impact can be, of course. But every impression (not just the first) makes a difference.

New math or an old lie?

In saying that, he did not increase people’s trust level of him. Even if you really wanted to believe there was a free $3.5 trillion out there somewhere, you had to know this statement was not true.

(His argument is that there will be $3.5 trillion in new taxes — new revenue — to offset the spending, so the net cost to the government is zero. Pshaw.)

Whether you’ve thought of it or not, the definition of truth is that which agrees with reality. 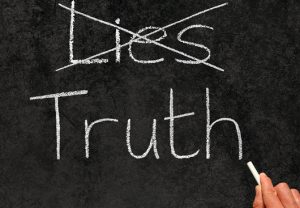 The Bible says that the devil is “a liar and the father of lies.” That is found in the book of John, where John is replaying a conversation between Jesus and some religious leaders.

The whole conversation (John chapter 8) is fascinating, but the gist of it is that Jesus is railing on these religious leaders for being liars and for not believing the truth.

So perhaps it is not surprising that Clergy, as a profession, scored about in the middle of the pack in the Gallup survey. Less than 50% of respondents thought the ethics and honesty of the clergy was “very high or high.”

But will the truth be tolerated? Too often, the answer is that it will not.

Just ask the CEO of McDonald’s, who is out apologizing for speaking the truth about the failure of the parents of two children who were killed in Chicago last May, one at a McDonald’s drive-thru. (The bullet meant for the gang-banger father killed his 7 year old daughter.)

Just ask Jesus, who was eventually killed by those religious leaders.

Even knowing that, we should be truth-tellers. To do good, make this commitment to truth: I will seek it. I will speak it.